I have a confession. I’ve recently become a Groupon addict.

I became aware of this online coupon sharing concept after a few people around the U.S. had recommended it to me. I resisted. Not wanting to be “sold” on anything. But then I signed up and have found amazing deals.

One such deal was $25 worth of food for $12 at Araya’s Place in Seattle’s University District. It had been ages since I ate at Araya’s and I thought it was high time that Jon and I visited.

While their location on 45th isn’t the most convenient in terms of parking, it’s an excellent space inside. And every day of the week they serve up the most amazing buffet.

Araya’s is vegan, though it’s not super highly advertised as such. And meat eaters likely wouldn’t even notice – it’s that good. 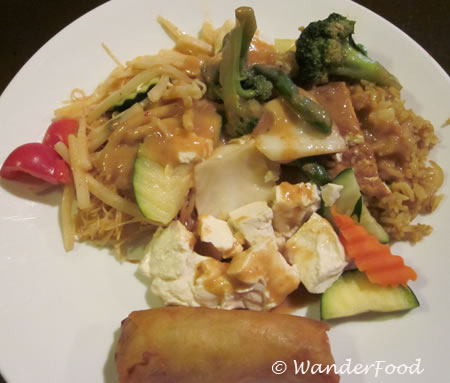 While the photo at top is tofu that I ordered off the menu because I really want fried tofu, the plate above is from their vast buffet. 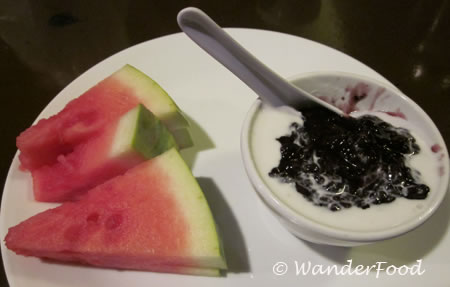 And for dessert I could not forgo the watermelon OR the black rice pudding with coconut cream.

You likely won’t see another Araya’s Place Groupon come up anytime soon (the cashier told me they were slammed with business because they had sold 2,000 Groupons!), stop in if you’re in the ‘hood.