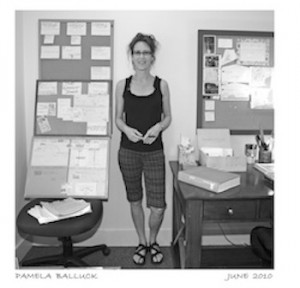 In an earlier post, writer Pamela Balluck chatted with WanderChic about her book projects and enduring love of microfilm. This time Pam talks travel rituals, snow, lust for writers’ colonies, and “car as sanctuary.” The photo of Pam, above, was taken by Howard Romero at the Vermont Studio Center. Pam shot the ones below: on ID-28 south of Salmon, on her way back from Missoula, MT; Santa Ynez, CA; Russian River, CA; Monte Rio, CA; and the view while returning from a trip to Colorado last December.

Pamela Balluck shares story credit on a 1982 episode of NBC’s Little House On The Prairie, “A Faraway Cry.” Her creative writing has appeared in, among other publications, the Western Humanities Review, The Southeast Review, Quarter After Eight, Square Lake, Jabberwock Review, Barrow Street, Pank, Night Train, Freight Stories, Avery Anthology, Prime Mincer, and is forthcoming in Robert Olen Butler Prize Stories, The Ocean State Review, and The Way We Sleep. She teaches writing at the University of Utah.

WanderChic: What do you always take with you when you travel? Do you have any travel rituals?

Pamela Balluck: As a solo female road tripper, my rituals have changed over time. One thing that hasn’t changed is I prep the hell out of myself in terms of route, in terms of map, both physical road maps and electronic, in terms of weather forecasts, and in terms of sun up and sun down. If I’ve done the drive I’m about to make before and can visualize it, I’ll meditate myself through the route in my mind. I let myself imagine the worst-case scenarios so that pretty much no matter what happens, I’ll have already thought at least part of it through. I won’t give away my most paranoid, forethinking safeguards. A friend of mine calls me risk-averse, but so what? So what if I carry road flares, first-aid kit, flashlights, extra water, jumper cables, extra batteries, flat-tire-repair kits and, if in winter, chains, pack boots, gaiters, down sleeping bag, handwarmers, and kitty litter?

When I make a road trip, people have my itinerary, the routes I plan to take—there is always someone who knows where I am, where I’m supposed to be, where I’m going. It’s different, now, with a cell phone—I can be a little more spontaneous. I was a hold-out until November 2001. One of my surrogate mothers in L.A. had been diagnosed with a cancer it didn’t look hopeful she would come out of, and I was urged by her kids to spend Thanksgiving with them while she was still feeling well. When I thought of making the eleven-hour drive alone, much of the time in the dark, I bought my first cell phone. It was dumping snow when I left Salt Lake and didn’t stop snowing over Thanksgiving. 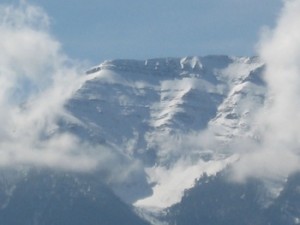 In the last stretch back into Salt Lake, everyone but me abandoned the interstate. The snow was coming down so as to blind me, reflecting in my headlights. I stopped my Trooper in the middle of I-215 to shift it into four-wheel-drive, and I proceeded the rest of the way headlights off, the reflection of nighttime snow enough to light my way, alone on the interstate, the only one exiting. Everything was so blanketed, quilted, leveled with snow, nothing was recognizable without signage, most of which was also covered. When I thought I was driving past the University, I drove over snow-hidden train tracks—thrump thrump—and knew I must be lost; until I realized that, while I was gone, the light rail had somehow been completed into Rice Eccles Stadium, soon to host the Winter Olympics; which I’m happy to report the same surrogate mother was able to come to Salt Lake to attend.

In 2011, I gave in and also bought a G.P.S. navigation system. AAA maps and MapQuest and Google Maps printouts alone weren’t cutting it. I was constantly phoning people from the road and having them talk me in, in Portland, Oregon, in Granville, Ohio, in the Bronx. Now, preparation includes saving the addresses along my route as destinations in the Garmin ahead of time. I’m not a smart-phone girl yet. I don’t go online with my phone. I don’t save those things for later; I punch in the major info before I hit the road.

When I travel by road, I always take a hand-held cassette recorder, with tapes designated for notes and cassettes designated for letter-tapes I exchange with a singer-songwriter friend who had been caught in the piano bar of a besieged downtown L.A. hotel on the first night of the L.A. riots back in 1992 and who stepped her move back to Colorado up a year sooner than I left for Montana. Both of us were in our vehicles for hours regularly, in which we each have built-in cassette players; I’m listening to her tape in the dash player, and I’m responding or initiating into my handheld. We still do this, but it’s dropped off a lot, mostly due to my desire for quiet time when I’m driving. When I’m in Salt Lake, I don’t drive often or far. When I’m behind the wheel, I’m into now, and I’m thinking about the future; I’m moving forward. 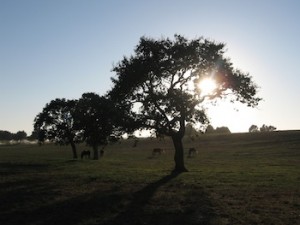 WC: Where have you traveled recently? What are your upcoming travel plans?

PB: I love driving, processing thought and emotion on the road—car as sanctuary; I’m usually alone on these trips, on my way to and from people. In October I drove from Salt Lake up to Missoula to visit friends and attend the Festival of the Book; also up to my old stomping grounds, the Flathead Valley, where I still have friends. Much of my fictional settings are based on these places, and much of my nonfiction takes place there, so every Montana trip is like a research trip, recording the changes and lack of change, and recording places before they are forever changed. The same goes for L.A., before and after the ‘92 riots, before and after the ‘94 Northridge quake. It all ends up in my writing. These reflections help me create the art that my protagonists make—the things they are recording with their own creations.

Last fall, I had arranged to teach writing online, so I could be mobile. In August, after the semester began, I drove to the Bay Area, where I saw cousins, on the way to seeing other cousins and the most important elder in my life, 92-year-old (this May, 93) Great Aunt Buddie, north in Monte Rio, where a house had been rented for a family reunion (new, in lieu of everyone converging on Buddie’s for Passover Seder). 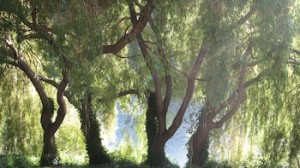 On the way up to Monte Rio, I did some “research” in and around Sausalito, where as a child I spent many a sunny day with my mother and where the Marin Headlands are and also a residency experience I lust after. I have applied to Headlands Center for the Arts—had an application pending then—and been turned down twice. I fell in love with the place in person, so I’m sure I’ll try again. I spent hours walking the beach. From Sausalito, I drove up to Monte Rio on the Russian River, a glorious place. And, from there, I drove south to the ranch of some family friends in Santa Ynez, north of Santa Barbara, from there to L.A. for more reunioning, then back to Salt Lake. 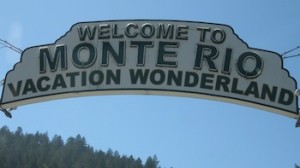 The last trip I took was in December; I drove from Salt Lake to Fort Collins, Colorado, to rendezvous with my sister and a cousin, and from there we caravanned down through Denver to the Colorado Springs area, where my sister lives with her family. By the way, there’s another artists’ residency I also lust after, ART342, near Fort Collins. I left Colorado for Salt Lake at the beginning of a monstrous storm that pushed me, in four-wheel-drive, to leave a snow-packed I-80 in Green River, Wyoming to find refuge from the blizzard overnight. The next day, I drove the interstate all the way to Utah in four-wheel-drive on top of glistening, mostly plowed snow-pack, under the bluest imaginable sky. 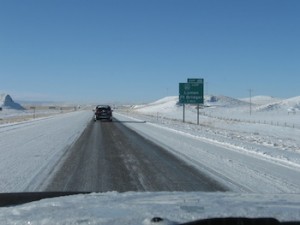 At the end of this month, I’m driving from Salt Lake to Portland, Oregon, to see a pregnant cousin and her husband who may not be able to attend the “family vacation” this summer in a rented house on Cape Cod (where I’ve never been before). From cousins in Portland, I’ll visit my Mendocino cousins, and then, before more cousins in San Francisco, I’ll visit the headlands again. Long story short, as part of my Self Storage project, I’m writing about a lovely, rustic chair that I’ll be donating to the Headlands Mess Hall.

My plan this summer is to drive Back East, to the week in Cape Cod, like I did the summer of 2010, when I was a month-long writing fellow in residence at the Vermont Studio Center (where you visited me for a few hours one rainy June day), my 2004 Xterra crammed with seven file boxes, two bulletin boards, a white board, my Back Saver kneeling desk chair, and luggage. At the end of that residency, another writer asked me for a lift to The MacDowell Colony in New Hampshire on my way from Vermont down to friends in Rhode Island. It was fabulous to be unexpectedly offered the special treat of a guided tour by one of the directors; now I can lust more vividly, more accurately.

It’s time I try to visit certain people (more cousins!) I haven’t seen in years, so, I’ll drive east possibly via California, Arizona, and Texas, and from Texas, I’m not sure which route, and I’m not sure yet which route back (in 2010, it was straight across I-80 almost the whole way). Did I say that I’ve arranged to teach online over this summer, too?

WC: What are you reading now?

PB: My mascot, the current cover photo on my Facebook page, is this teetering bedside stack of books and journals to-be-read. I have tried not to buy new books, but it doesn’t always work out that way. Because I’m writing nonfiction, I’m reading more nonfiction. I recently un-immersed myself from Lidia Yuknavitch’s amazing The Chronology Of Water, a definite recommend. On the currently-being-read and about-to-be-read side of the bed are: MetaMaus: A Look Inside A Modern Classic, Maus (which I’m reviewing for a lit mag); Robin Romm’s The Mercy Papers: A Memoir Of Three Weeks; Steve Fellner’s All Screwed Up; Mira Bartok’s The Memory Palace; Patti Smith’s Just Kids; Cheryl Strayed’s Wild: From Lost To Found On The Pacific Crest Trail. Fiction in process and in the reading wings includes Jeffrey Eugenides’s The Marriage Plot; Melanie Rae Thon’s The Voice Of The River, and Alan Heathcock’s Volt (both latter authors gave readings and served on a panel together at the book festival in Missoula last October). Plus, various journals in which friends, colleagues, and I, are published. Don’t get me started on how much there is to read.