Award-winning writer Robert Glick collects barf bags as a way to document (nay, regurgitate) his and others’ travels. Did we mention the barf bags are on display in his Utah kitchen? We at WanderChic thought that such a predilection deserved more attention, so Glick broke it down for us (he also supplied the photos below).

Glick is a Ph.D. candidate in Literature and Creative Writing at the University of Utah and fiction editor of the Amsterdam-based literary journal Versal. In the Spring of 2012 he will be a visiting professor at the University of Kansas. He received his BA from the University of California at Berkeley and his MA in performance art from San Francisco State University. His work has appeared in Denver Quarterly, Black Warrior Review, and Alaska Quarterly Review. In 2010 he won The Normal School Normal Prize for fiction and the Copper Nickel Fiction Contest. He likes to break glass and ceramic tiles. 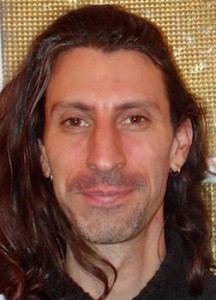 WC: Why did you start collecting air sickness bags?
RG: I originally thought about collecting barf bags in 1993, when I was on an Air India flight from Delhi to Rome, and I wrote my connection’s address on the bag (I never found the person’s  apartment, and so had to stay in a hostel, where I first met the father of my god-daughter, so an incredibly happy mistake.) But the act of collecting, as opposed to simply having a few barf bags lying around, accelerated once I moved to Amsterdam in 1999. In part because I was doing computer work, with lots of programmers from India and the Ukraine and Hungary, and my ex-wife was a classical musician, Holland showed itself as a melting pot (not even including the large Turkish, Moroccan, and Surinamese populations in Holland). It’s a different kind of multiculturalism than I experienced in the states, where people have different ethnic backgrounds, but most consider themselves “American.” National identity took as much prominence as ethnic identity. Over time, as I got to know people, they would go home for the holidays, and I would have opportunities to visit, which meant lots of visits to different countries to see friends, and hence different national airlines.
This answers the question “why collect?,” but not the question “why air sickness bags?” At the time, I probably just thought they were cool, often with neato designs or funny pictures, and ironic. Virgin even held a barf bag design competition. It fascinated me how different designs tried to make pretty, or hip, the container for the grossest kind of refuse. You might imagine that few barf bags are designed in bright red, for example. Some barf bags, such as Qantas, actually repurposed their bags – if you didn’t get sick, you could put your film canisters in the bag for processing at the local drug store.
At the same time, my background in the arts reminded me of artists like Piero Manzoni, who canned and sold their excrement. It seemed like a natural process to turn something designed to hold the abject into a collection, a type of documentation, an art project.
I didn’t know it then, or at least not consciously, but it was also a way of tracking my own (and later, other) itineraries over time, much the way we can track our lives (or, rather, a version of our vlives) through, say, a compilation of our Facebook status updates. Barf bag as collective history. 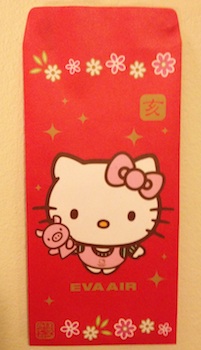 WC: Is “air sickness bag” the right term? Or do you prefer “barf bag”?
RG: Different countries use different terms, depending on how they want to gussy up the idea of the bag. I prefer barf bag because it’s simpler, because it doesn’t euphemize away the process.
WC: How many barf bags do you have?
RG: Gosh, maybe 100, not counting duplicates. If you live in the US, you don’t have much of the opportunity to collect, as a) people travel internationally with less frequency, b) US carriers no longer brand their barf bags (presumably they don’t want their name / logo associated with puke?), and c) fewer airlines exist (oligopoly-land). There is a thriving collectibles market (in 2000, there were no less than nine separate web sites dedicated to barf bag collections), but it’s a bit more personal for me, so I would never collect a bag that came from someone with whom I had no relation. 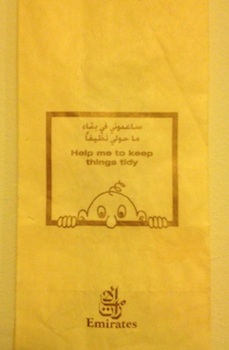 WC: Do you still decorate your kitchen with barf bags? Presumably they’re not, um, used for their original purpose?
RG: In Holland, all the bags were in a grid in the bathroom – you were surrounded by them. While I don’t want a refuse-smelling air freshener in the bathroom, I’m equally not a big fan of bathrooms where you are made to forget that human bodies must get rid of toxins in order to survive. In Salt Lake, I have the bags at the top of the walls in my kitchen. I tend to put things in places where people don’t see them right away, so that a person is, on a third or fourth visit to my apartment, surprised to see a ring of barf bags in the eating area.
Yes, they are all unused. I have found, incidentally, that once people learn about my collection, that’s the first thing they ask, hesitantly: “the bags are unused, right? Right? Because you’re about to cook me some delicious Thai curry and I don’t want to be haunted by the three-year old dried puke hanging precariously above my head.” Somehow, the reassurance that the bags are empty seems to be the most efficacious way to divert / deflect / process some kind of anxiety about the primary function of the object. 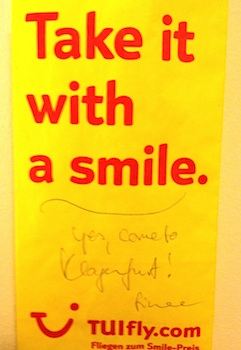 WC: How do you acquire items for your collection? Do you have friends find them for you?
RG: At first, they were my bags only – trips I had taken. Then, trips taken by my ex-wife. Later, my friends – that’s when the numbers started to expand. I kept only one of each design. Eventually, I started getting in trouble. I could no longer remember who had taken which trip, and friends would remind me about a bag, and I, stupidly, had to lie, “of course I remember when you gave me that South African Airlines bag!” Plus people would give me duplicates, and I had no idea which duplicate was on the wall. So then started the current phase, which I really love: I ask each person to write something on the bag. It could be an itinerary, one’s initials, a poem, something they saw on the trip, what movie on the flight , but it makes the bag more personal, and I have these unarranged bits of history on my walls.
WC: Is there a holy grail of bag that eludes you?
RG: No, because I’m not “actively” collecting. In the barf bag universe, there are more or less costly bags: old bags, those from exotic airlines, or companies that went bankrupt. It would be great to write a story about a holy grail of bag – like the unique stamps that Cary Grant and Audrey Hepburn find in Charade.
WC: I know you’re an award-winning writer of fiction and other goodness. Has this barf bag collection ever made it into a story? Is this collection some kind of metaphor?
RG: I would, one day, like to structure a story based on barf bags – sort of in the mold of Annie Proulx’s Accordion Crimes, except with more than one object (as I recall, Proulx traces one accordion through time, through its owners). Each bag would, so to speak, tell a story. You could, of course, do this with almost any collection. And yes, I do think collections can be metaphors, or descriptors of character.  I always say that people reveal themselves most intimately through bookshelves and spice racks. For me, barf bags do a lot of metaphoric work, because I am quite literally (with barf bags) keeping what people want to throw away. My story collection revolves around what people throw away – talent, promise, trash, personal history. In any case, if you put someone’s obsessions / collections under a microscope, you almost invariably find the most pressing questions that person (chooses to?) ask his or her self.
WC: How often do you travel? Is there an aspect of travel that you do particularly well?
RG: While I lived in Holland, I traveled quite often – sometimes as many as ten trips a year back to the US.  There was a period of time when I was in Amsterdam, my sister lived in Mumbai, and my sister-in-law lived in Tokyo, so we were all over the map. And with the number of low-cost carriers in Europe, I could fly Amsterdam -> Berlin -> London -> Amsterdam for 150, 200 dollars. Since it’s a different part of the world, it was quite normal for friends to vacation in Kenya, Malta, Egypt, Tunisia, Morocco -> I had access to a lot of barf bags. These days, I’m back in the US, my family is all on the West Coast, and I travel much less.
I used to be an awful traveler – my parents would sit in different rows of the plane because they didn’t want to feed off each other’s airplane neuroses. For long periods of time, airplanes were great places for me to meditate on death, death again, control, and the existential randomness of the universe – which, if you’re a good Jewish Buddhist like me, is not a bad thing. Now, I don’t mind flying – I like how during that time in the air, you’re under no pressure to be somewhere, to get something done. Most European airports (props to Amsterdam/Schipol and Copenhagen) are quite pleasant, unlike Heathrow’s old, shopping mall terminals and the absolutely repulsive LAX. What I’m good at? Not worrying about security or any other struggles. I’m an exception, but I don’t find post-9/11 security any worse than before. And, with the long rat’s nest of a hairdo I had for many years, I was always the one “randomly” singled out for extra questioning and body searches (until 9/11, when, I suppose, I no longer was deemed a threat), so I learned not to be bothered by “flying-while-longhaired.”