Home / Activities / Top Travel Guidebook for Hawaii
« You Know It’s Going to Be a Great Day When . . . |
Main
| Shave Ice: A Hawaiian Treat » 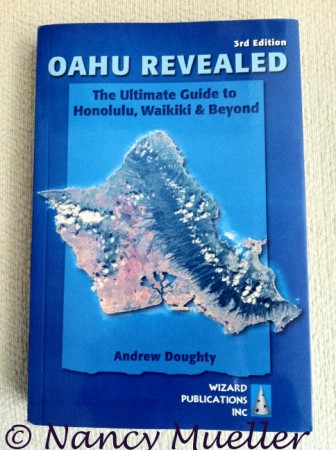 Whenever two or more seasoned travelers are gathered, you’re bound to hear the one question on everyone’s mind: “Where are you going next?” or “What’s your next trip?” Wanderlusters love to share their travel tales, for better or worse, and inspire each other to keep on moving.

We also love to talk about our recommended guidebooks.

For my recent trip to O’ahu, I browsed through the selection at my favorite travel bookstore in Seattle, Wide World Books & Maps, before settling on two: DK Eyewitness Travel Hawaii (in the hopes that I’ll be visiting the other Hawaiian Islands in the not-too-distant future) and DK Eyewitness Travel Top 10 Honolulu & O’ahu, which also comes with a nifty fold-out map in the back pocket. 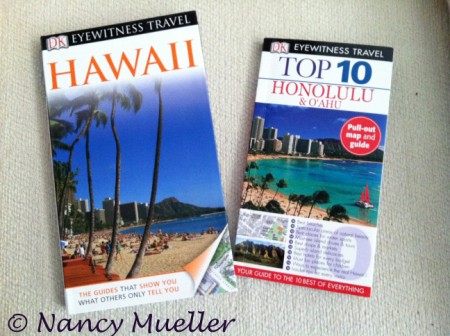 The store employee suggested I might also want to consider O’ahu Revealed: The Ultimate Guide to Honolulu, Waikiki & Beyond. I took a quick peek but stuck with my first choices. I love the compact size of the DK Eyewitness series and their photos are second to none. Plus, I wasn’t thrilled at the idea of packing yet another guidebook in my carry-on bag.

A few days later a friend offered to loan me her travel guide for O’ahu. The title? You guessed it. O’ahu Revealed. Okay, fine. I decided to take another look. Boy, am I glad I did.

This became my guidebook of choice for the entire weeklong stay on Hawaii’s most famous island. Here’s why:

“Trying to hold the camera steady and flying the pitching aircraft while screaming and crying for mama is a bit awkward . . . “

Once on O’ahu, we found copies of O’ahu Revealed everywhere, outnumbering any other guidebook, including the popular Lonely Planet series. Having referred to the guide throughout our stay on the island, I can highly recommend it for your future travels to Hawaii. The good news is the series extends to The Big Island, Kauai and Maui. My hopes were dashed, however, to find that the series only extends to Hawaii. The rest of the world will have to wait.

What’s your favorite guidebook to the Hawaiian Islands, Wanderboomers?