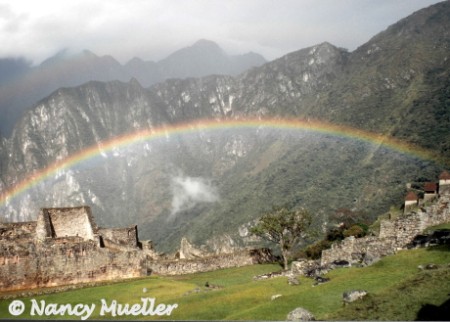 “Do you speak Spanish?” asks the unsmiling custom agent.  “Well, no, not really, just a few words,” I say.

“So what’s wrong with Spanish?”

“Nothing, nothing at all. I love Spanish! But . . . ” I begin to offer a host of excuses before I catch the twinkle in his eye.

“Enjoy your stay in Ecuador.”

Ecuador . . . Land of the iguanas and blue-footed boobies, lost worlds of the Incas and conquistadors, lure of the Amazon and the Andes . . . Adventure . . . and teasing custom agents.

My week-long small-ship cruise of the Galapagos Islands aboard the M/V Evolution awaits. But I’ve arrived three days early to explore Quito, the nation’s capital, and to acclimate myself to the change in altitude. Surrounded by the heaven-hugging Andes, the city of almost 14,000,000 residents, rests at an elevation of about 9,400 feet (2900 meters) at the foot of the Rucu Pichincha Volcano – a spectacular setting with spellbinding views in all directions. 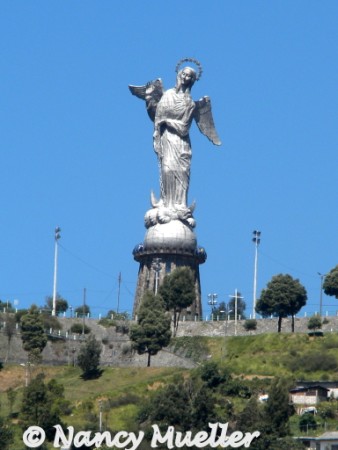 Maybe it’s the Catholic in me, but I take comfort in the winged statue of the Virgin of the Americas keeping watch over the city from nearby Panecillo Hill.

I meet up with my tour guide and driver, Giovanna and Manolo, at Mercure Hotel Almeda. From here we head to historic Old Town. Under sunny skies and a mild 70-ish degrees, we walk the narrow cobblestone streets, admiring the beautiful colonial architecture along the way. 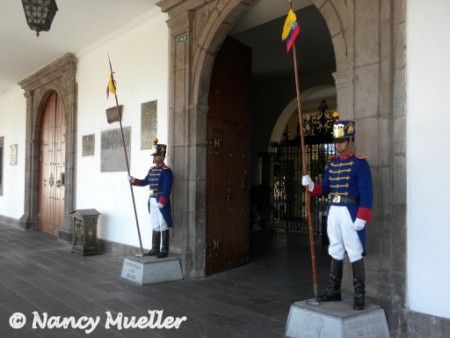 I’m already learning that many Ecuadorian sites commonly use both Spanish and English names which seems like a relatively painless way to pick up the local language – and let’s face it: I need all the help I can get.

My head is spinning from – okay, maybe the altitude, maybe the eight flights it took to get here – but also from sensory overload. I look skyward at every turn – to the Andes, the buildings that dot the hillsides, and the ornate architectural details of Quito’s multitude of churches. 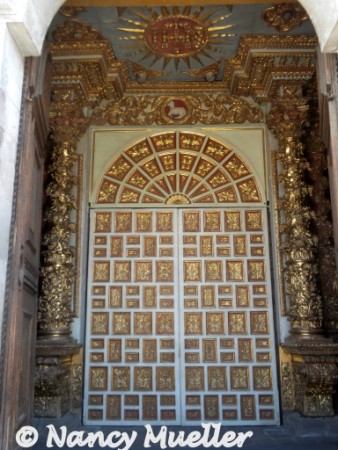 Each church is magnificent in its own way, from the Monasterio de San Francisco to the Basilica del Voto Nacional (Basilica of the National Vow) , but La Compania de Jesus gives new meaning to the word “dazzling” in its over-the-top gold-leaf altars, ceiling, walls and pretty much everywhere else I rest my eyes. Giovanna explains that the Spanish also painted the sun, a powerful Inca symbol, on the entrance door and ceiling in an effort to woo the indigenous people to enter.

In the afternoon, we make our way to La Mitad del Mundo (The Center of the World), a half-hour drive north of Quito, to see where the Equator divides the earth into the Northern and Southern Hemispheres.  The site is a popular tourist attraction, with restaurants, museums, and gift shops, but it’s the chance to straddle both hemispheres at once that’s the big draw – 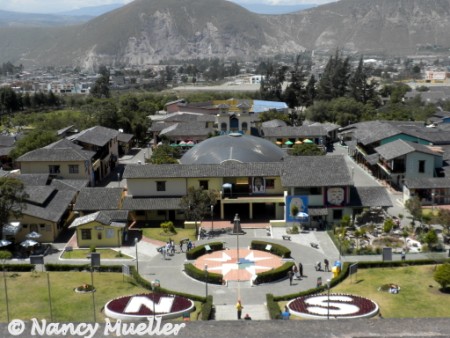 Up Next: Otavalo Market and Hacienda Cusin