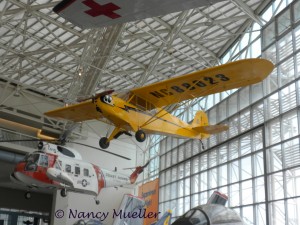 If yesterday’s theme was the many water views that Seattle has to offer, on the next full day of my family’s visit, they were able to enjoy the complete Seattle water experience: it rained all day. The good news is, if any city is prepared for indoor activities, this is the place!

Before Seattle became The Emerald City, it was known as Jet City because of Boeing’s imprint. With that in mind, we decided to take in The Museum of Flight, a favorite excursion among locals because of its outstanding collection of air and spacecraft. I’ve been to the museum on a number of occasions, and each time, have felt as if I could easily spend a complete day here. Today was no exception. 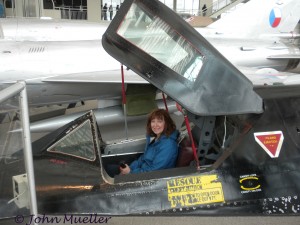 Who wouldn’t like to sit in the cockpit of a cool military plane, like a SR-71A blackbird or an F/A-18L Hornet fighter, hands on the controls, ready for takeoff? Or maybe you’d rather take your turn as an air traffic controller at the Museum of Flight Tower.

Personally, I always love to see the Space Exhibit. We WanderBoomers remember President Kennedy’s mandate to put a man on the moon by the end of the ’60s. We were there – and now we can experience the excitement all over again in this exhibit. 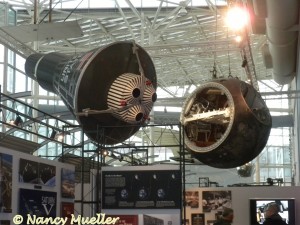 From the early space capsules,  to the Apollo 11 landing on the moon when astronaut Neil Armstrong said these immortal words:

“That’s one small step for man; one giant leap for mankind.” 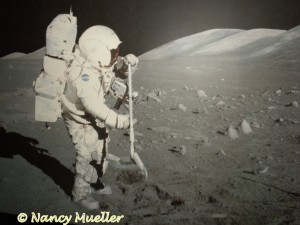 Where were you when Neil Armstrong landed on the moon?