I watched the 3-part PBS documentary Makers: Women Who Make America this week and it hit me like a ton of bricks. It was eye-opening and inspiring and exasperating and surprising. I think it should be recommended watching for all young American women. If I hadn’t already watched it, I would be gathering all my closest lady friends and having a viewing party this Friday March 8th, in honor of International Women’s Day.

Today’s American women, especially the younger generation, have shifted their focus overseas and are bringing 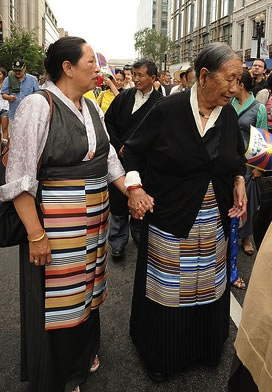 light to the state of women’s rights around the world. Cheryl Wu Dunn, co-author of Half the Sky, points out that while there is still work to be done at home, the magnitude of brutality against women in the developing world has become too great to be ignored. As Hillary Rodham Clinton puts it, “The 21st century is about ending the pervasive discrimination and degradation of women and fulfilling their full rights.”

Basic human rights are still being denied to women in many parts of the world.  They struggle for equal rights as citizens, are denied access to education and good health care, and are not protected against sexual exploitaion and abuse. It’s hard to imagine sometimes that right now, in the year 2013, this is still a pervasive problem on a global scale. Returning from travel in the developing world, I often am hit with a flood of gratitude for the basic rights and priviledges I so easily take for granted until I briefly step out of my life.

Western women travelers are in a special position to act as emissaries of the women’s movement as it spreads to new countries. Because of the work done by women where we come from, we have access to better education, jobs and resources. We can bring that empowerment to women around the world when we travel. Supporting local women artisans, small-business owners and NGOs looking to further opportunities for women globally is yet another way we can positively politicize our travels.

Travel also lets us put a face and a name to the women of the world. Wired by nature as empathetic beings, it’s natural for us to connect with others on an emotional level and open our minds and hearts to the experience of their reality. In addition, women are born leaders, high-thinking organizers and gifted storytellers. We don’t need to be the executive director of an NGO to let travel change us, and to bring that change forward.

The Makers: Women Who Make America documentary video is currently available to stream from the PBS website. It’s a great watch for International Women’s Day, or any day!