Interacting with modern, westernized cultures can be a fairly intuitive process; the double cheek-kiss may be one of the biggest adjustments you’ll have to make. (And such a pleasant one at that!) But venturing a bit further out o 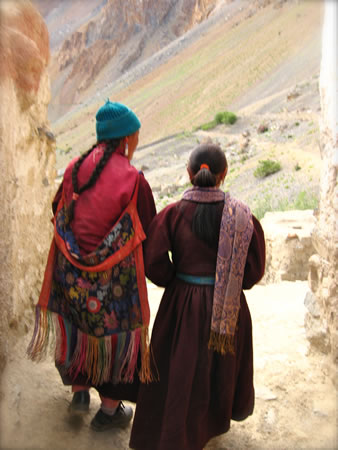 Many intrepid travelers thrive on that ‘fish out of water’ feeling that comes with immersion in a far-flung foreign locale, and find that deep down it’s not too difficult to connect on a basic human level across the largest of cultural gaps. That said, no one wants to be an offensive guest, or unknowingly affront that which they do not understand.

Be sure to bone up on the particular customs of the area you are visiting beforehand so you have a more specific idea of how your actions may come across. (Check out guides like the Culture Shock! series

.) Following are some general guidelines for entering an indigenous culture graciously and with respect.

When in Romania, Do as the Romanians Do
Etiquette is not just the domain of Emily Post; it’s a subtle system of rules and customs that govern the daily interactions of all societies on earth. Chances are, the traditional customs in a foreign place are going to be different than what you are used to. Best advice here? Use your eyes and ears. Watch how men and women greet and interact with each other, what people do when they join to take a meal together, and what kinds of gestures they use in conversation. Leave your expectations and your own systems of behavior at home and try to emulate those in your new surroundings.

Untie Your Tongue and Speak Truth
One of the golden rules of travel – learn even just a bit of the local language, and it will only serve to help you. Indigenous languages are particularly challenging and fun to try, as they typically are not rooted in anything we know. (Making them that much more rewarding for trying!)  If you do have the luxury of an interpreter, or find someone who can speak with you, share the unabashed truth about your life and your home. Western media represents us to much of the world as picture-perfect, so you stand in a great position to help flesh out a more realistic, balanced view. A view of our lives may show greater monetary wealth, but also a greater cost of living and more stress and disease in our citizens. As a self-appointed cultural ambassador from the west you can help open a more meaningful dialogue across cultures, which will also allow you to. . .

Be a Local Cheerleader
Traditional cultures emphasize community and simpler, slower living – something that many of us seek to re-connect with and possibly reintegrate into our own lives. Acknowledge and celebrate these things that make 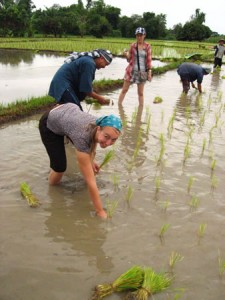 their indigenous values so unique and so intriguing to you! Jumping in to try local foods or participate in activities furthers this message: that you value what their traditional way of life represents and don’t wish to see them assimilated into the western world.

More Mary Ann, Less Ginger
This varies between regions, but many traditional cultures are very modest in their dress. It’s impolite in most of the indigenous villages I have visited for women to bare their shoulders or legs above the knee. Save your tube tops for the big cities, ladies! Clean and well-kept clothing also shows respect. The Mary Ann Rule also applies to PDA – smooching and hand-holding may embarrass the heck out of your hosts, who often will be too shy to say anything. (Don’t actually look to Mary Ann for style tips here – televisionary reference only.)

Cleanliness (and Modesty) is Next to Godliness
It’s likely that you will not understand, much less believe, the religious customs in many parts of the world. Still, it’s easy to show respect when entering sacred spaces, allowing you to quietly observe and absorb rituals and rites. The clean and modest attire applies doubly here! In some cases you might also need to cover your head. Also be sure to ask about guidelines involving icons and objects; in Asia you must not point your feet at a Buddha, for example. Likewise, don’t touch any religious items and ask — even if through charades as necessary — before taking any photos. Speaking of which…

Cool Your Camera Batteries
I know – the people you are meeting may have the most spectacular hand-dyed clothing, or the most awesome tattoos, or even just the most beautiful weather-worn faces you’ve ever encountered. But if your camera trigger finger is itchin’ to go, chill out. In many indigenous cultures, a photograph is believed to steal one’s soul. If this isn’t the case, get to know these fascinating people a bit first, before you ask (and you should always ask) if you can introduce your camera into their lives. If they oblige, offer to send them a copy of the photo as a gesture of gratitude. (More tips for the responsible photographer here.)

Cool It with the iPad and the Android, too
Although it’s completely commonplace for everyone on the subway to be wired into an iPod back home, your 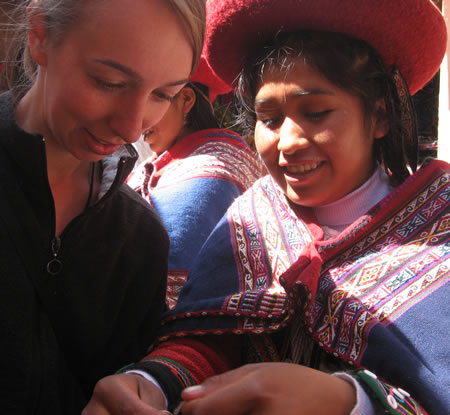 everyday appliances become exotica when transported into a traditional village. It’s not necessary to hide it, but showing it off could be taken as a sign of wealthy boastfulness, and leaving your equipment lying around only furthers the idea that you easily can afford to replace it.

Use Your Head With Hand-outs
Sad as it is, begging has become a common, yet deceptive, practice in much of the world. Tourists who systematically give hand-outs to beggars are feeding a system of dependency, which often traces beyond the children with outstretched hands to a darker system. If you are moved to philanthropy, it’s always advisable to seek out reputable NGOs working in the area for advice as to where your contribution can best be made. Likewise, don’t hand out western medicines in rural, traditional areas. A simple handout of Neosporin might undermine the centuries-old traditional medicine of the area.

Walk Softly and Carry A Big . . . Smile
A sense of humor will get you through those moments when all has been utterly lost in translation. It’s easy to feel frustrated when cultural barriers loom large, but loosing your cool won’t help a thing, and in many places will cause you to lose face or unwittingly insult your hosts. A smile and a laugh can speak a million languages.