Ok, how amazing is this view? 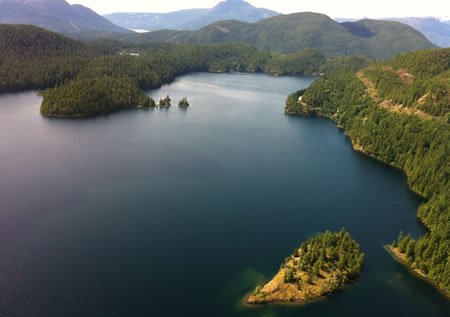 Welcome to British Columbia’s Sunshine Coast, an area I’ve only recently been introduced to myself. A flight-seeing tour by float plane unveiled its’ jaw-dropping views and vistas in a most spectacular way. 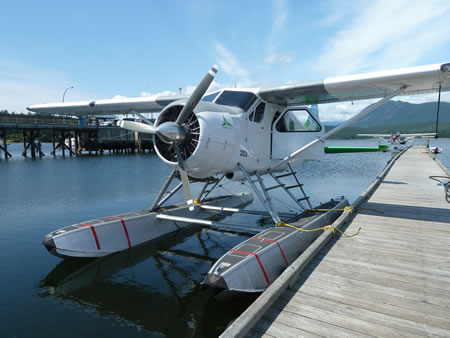 Here’s our trusty steed, waiting for us patiently on the dock while I consume an extremely satisfying plate of seafood pasta for a pre-flight lunch at Sechelt’s Lighthouse Pub. I eyeballed the tiny aircraft and the jitters set in…would I be able to hold it down? 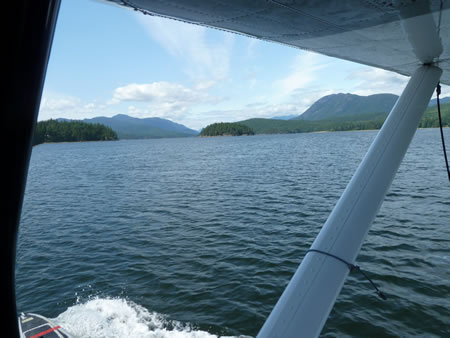 My fellow passengers (three other travel writers and Liz from Spectacular Ink, who hosted us along with Tourism BC) climb into the tiny steel bird and our pilot takes a minute to acquaint us with the safety features. Then the moment arrives, and I feel a surge of nervous excitement as the engines whine loudly and we taxi along the water’s surface. 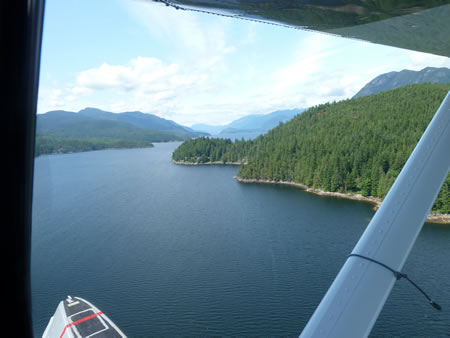 We lift up on the air as gently as a feather on the breeze, and all the nervous anticipation is instantaneously replaced with a flood of sheer euphoria as we are gorgeously aloft. I can’t wipe the smile off my face. This is glorious! And breathtaking! And so not scary! 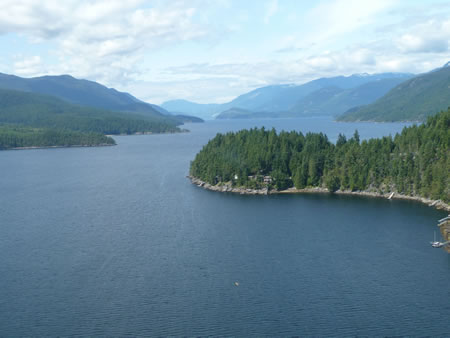 As we continue to climb, the landscape unwraps around us. Kayakers become tiny yellow dots on the waters surface. As we fly out of Porpoise Bay, I see the green and white patches of something surfacing…is it fish? No, it can’t be! We’re too high now. It must be the Pacific White-sided dolphin we heard talk about during lunch down at the dock. 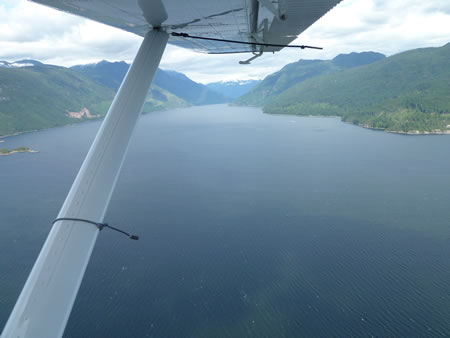 I can see for miles down these fjords and it’s reminding me of the grandeur of Alaska. But oh so much closer to home. 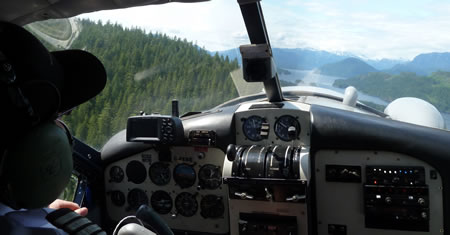 The pilot is enjoying just as good of a view (if not better) from his seat. Riding shotgun up front is Kristen of Adventure Gill; deservedly so, not just because she won the coin toss at lunch, but also because she has the best camera with the largest lens. 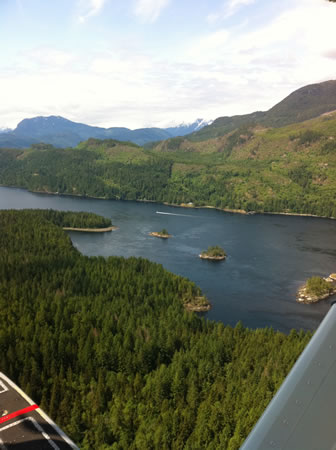 As the landscape rolls out below us, we get to look down on tiny coves, uninhabited islands, and large tracks of unspoiled forest. It’s an amazing place to be. 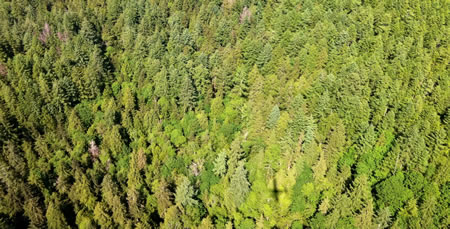 I see my plane’s little shadow cast upon a spiral of trees below me. 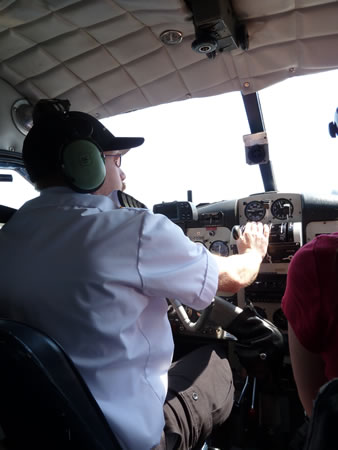 Towards the end of the flight, our trusty pilot starts tweaking with things…a handle is pumped, levers are flipped and a couple of buttons are pushed. He didn’t seem alarmed but, as we crest the top of a wooded hill, the engine stalls out and we woosh into a nosedive freefall. I’m totally taken off guard, and unexpectedly a gutteral noise from the depths of my being bubbles up and erupts into a strange, arm-flailing screech…”gggkkkhhgggGAAAHHHHHHH!!” I think I might just be about to die, or at least plunge into the fair green trees below. “No,” my brain races, “this is all wrong! A float plane can plunge in to water and bob up like toy. But… trees??!” But in a few seconds that feel like an eternity the pilot rights the plane again and smiles back at us. I’ll never live this down, and I won’t even try. I’m still laughing at myself as the plane descends touches down, smooth as silk, on the water’s surface again. 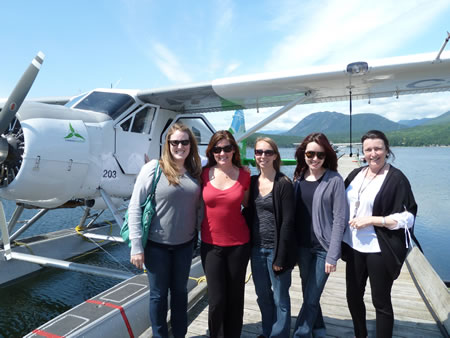 Having just looked my own mortality in the face, here is a picture of my cool and composed colleagues, and me smiling at the fact that I’ve navigated a momentary crisis of the imagination. At this moment, all I really want to do is go back up again! 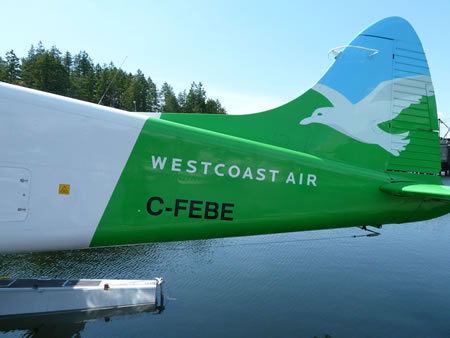 Aerial theatrics aside, West Coast Air has a proven safety record. I love the fact that they’ve been carbon neutral since 2007, supporting Canadian-based Offsetters on a variety of environmental initiatives. They offer flight-seeing tours of the spectacular Sunshine Coast out of Sechelt, B.C. as well as connecting flights to Vancouver, Victoria and more. This is a unique and wonderful way to enjoy the region.

For me, the pictures really tell this story! Enjoy more photo-centric blog posts today over at Delicious Baby‘s Photo Friday.