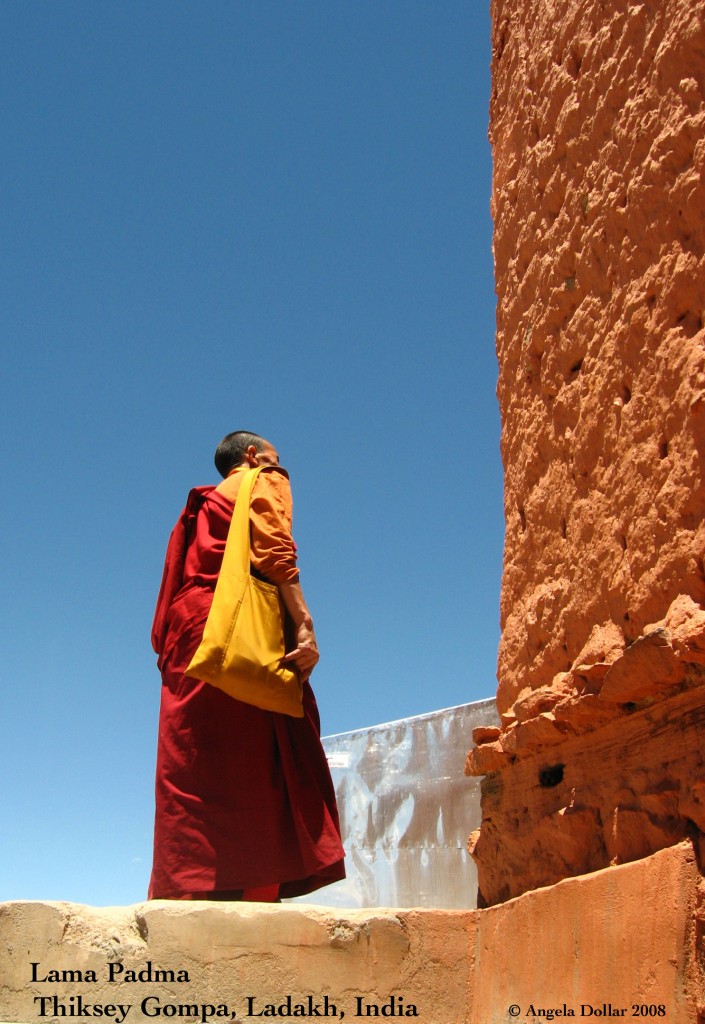 Lama Padma has a sweet and easy smile which lights up his face like a butter lamp. I’m fortunate to have him as my guide, as he knows each of the ancient monasteries we will visit that day like the back of his hand. It’s brutally hot in the high Himalayan sun, but when we duck into small chambers filled with Buddhist texts and chapels wrapped in vibrant frescoes and filled with omniscient buddhas, it is calm and cool. 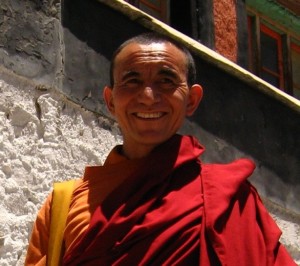 It’s not uncommon for non-native English speakers to struggle a bit with my first name, Angela. But when I met Padma, and carefully pronounced it to him, his face lit up with instant recognition – “An-ju-lay!” In the local parlance, “jul-lay” means hello and goodbye, and it’s often repeated in emphatic greetings.

Padma is a Tibetan Buddhist monk, and the particularities of this practice here in northern India’s Ladakh do not strictly prohibit him from any physical contact with the opposite gender, as some other sects do. Therefore, when he spots me across the street in Leh some days later, he calls out, runs over to grasp my hands and greets me heartily, “Jullay, jullay, An-jullay!”