Home / Photographs / Four Statues of Liberty that are not in New York
« Dunn Gardens: A secret garden |
Main
| I’m in an upstate New York state of mind »

Everyone is familiar with New York City Statue of Liberty. She stands proudly on Liberty Island in New York Harbor. But did you know there are Statues of Liberty all around the world? More than 15 countries have a replica of the ‘Liberty Enlightening the World‘ including France, Germany, Norway, Spain, Kosovo, Ukraine, Japan, Vietnam, China, Ecuador, Peru and Pakistan. 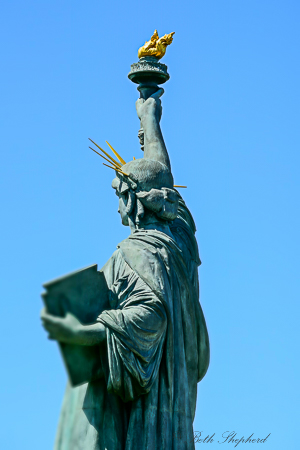 In addition to New York City’s Statue of Liberty, I’ve seen four others, two in Paris and two in Seattle. New York City’s statue was designed by French sculptor Frédéric Auguste Bartholdi. In 1876, French artisans and craftsmen began constructing the Statue in France under Bartholdi’s direction. The arm holding the torch was completed in 1876 and shown at the Centennial Exposition in Philadelphia. The head and shoulders were completed in 1878 and displayed at the Paris Universal Exposition. The entire Statue was completed and assembled in Paris between 1881 and 1884. Also in 1884, construction on the pedestal began in the United States.

The Statue arrived in New York Harbor on June 17, 1885. Unfortunately, the pedestal for the Statue was not yet complete and the entire structure was not reassembled until 1886. On October 28, 1886, the statue of “Liberty Enlightening the World” was officially unveiled and over a million New Yorkers turned out to welcome her. The Statue is 305 feet, 1 inch from the ground to the tip of the flame. It is the equivalent height of a 22-story building and was the tallest structure in New York in 1886.

The most beautiful Statue of Liberty I’ve seen is in Jardin du Luxembourg, my favorite park in Paris. This is the original model for the Statue of Liberty, used by Bartholdi  to create the larger version for New York City. Bartholdi donated it to the Luxembourg museum for the World’s Fair of 1900 and it has been in this spot since 1906, standing approximately 15 feet tall on her base amidst the flowers and fountains of the beautiful gardens which are also home to the French Senate. 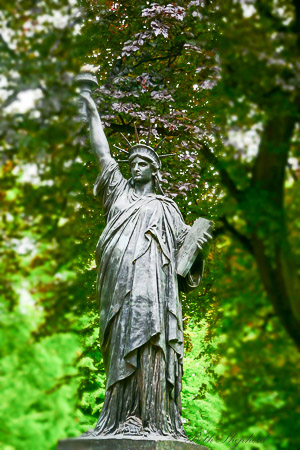 I saw a second Miss Liberty while strolling along the Seine. She was perched on the Île aux Cygnes (Isle of the Swans), a tiny man-made island with a tree-lined walkway, named l’Allée des Cygnes, which runs the length of the island. There is a also public work-out space underneath the Pont de Grenelle, close to the Statue of Liberty. 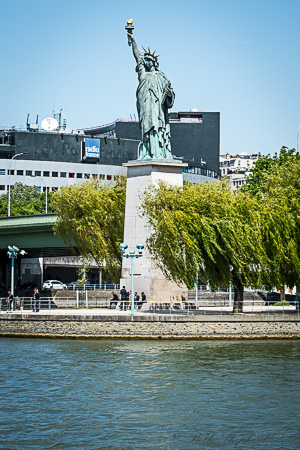 This monument, 35 feet in height on her base, was inaugurated by French President Marie Francois Sadi Carnot on 4 July 1889, nearly three years after its counterpart, was given to the city of Paris by the Parisian community of America, commemorating the centennial of the French Revolution. The statue initially faced east, toward the Eiffel Tower, but it was turned west in 1937, towards its larger sister in New York for the Exposition Universelle hosted by Paris that year. Its tablet bears two dates. The first is IV JUILLET 1776 (July 4, 1776), the United States Declaration of Independece–like the statue in New York. The second is XIV JUILLET 1789 (July 14, 1789), the storming of the Bastille. 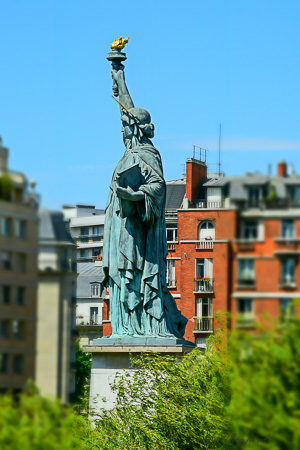 Closer to home, there is a replica of the statue on Alki Beach in West Seattle. Seattle’s Miss Liberty is about six feet tall, and the original was dedicated in 1952 as part of a national Boy Scout ‘Strengthening the Arm of Liberty’ campaign to erect statues like this across the country. Unfortunately vandals damaged the statue in 2005 and in 2007 a newly cast statue was unveiled and put in its place. 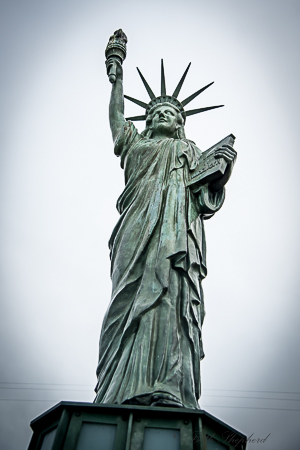 And, finally, the fourth Statue of Liberty is in my daughter’s bedroom. Big Papa brought her out to the west coast from The Big Apple. She might only be 8-1/2 inches tall, but she now lights the way  for one four-year-old girl. 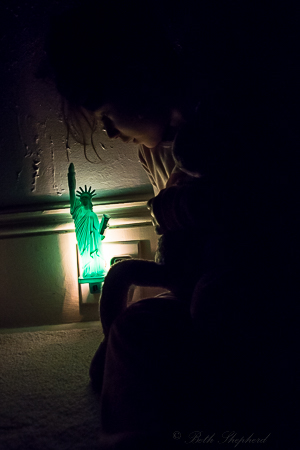