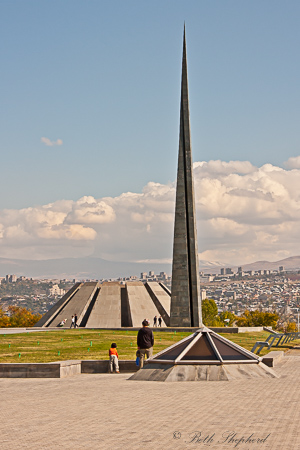 Completed in 1967, Tsitsernakaberd  is dedicated to the memory of the 1.5 million Armenians who perished in the first genocide of the 20th century. It is constructed with twelve pylons representing the twelve provinces where Armenians were massacred. 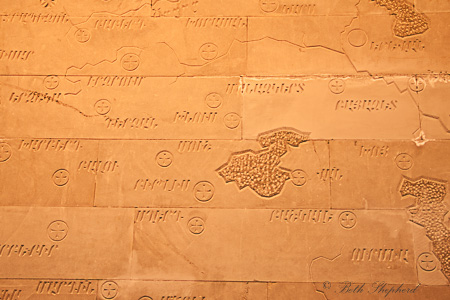 Inside burns an eternal memorial flame. The flame represents the Armenian spirit, which can never be extinguished. Tsitsernakaberd means “Citadel of Swallows,” and was so named because the swallow always returns to its nest, even if its home has been destroyed. The tall needle-shaped shaft beside the monument stands for the rebirth of the Armenian people. Nearby, on the same hill overlooking Yerevan, is The Genocide Museum, whose mission is rooted in the helping visitors understand what happened during that tragedy, with the hope that education and remembrances will help prevent similar tragedies in the future. 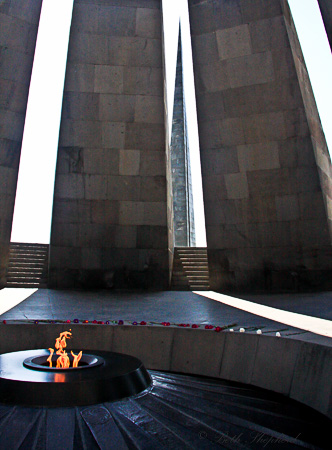 I have visited both the memorial and the museum on several occasions. It is hard to comprehend this horrific piece of Armenian history, yet what took place is woven into the fabric of my daughter’s roots. Tsitsernakaberd stands in testament to the atrocities of 100 years ago, and a reminder–as philosopher George Santayana once said–Those who cannot remember the past are condemned to repeat it. 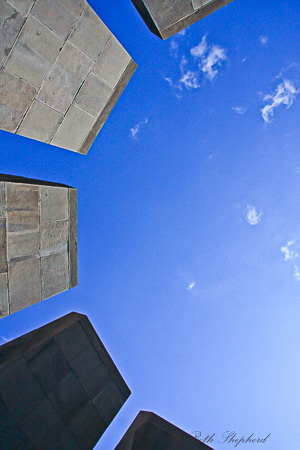