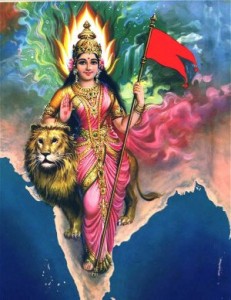 Today is the day that India celebrates their throwing off of the colonial yoke of oppression which was the British rule of this country. On the 15th of August, 1947 at the stroke of midnight, the British handed India back to the diverse nation of people who had struggled and fought and agitated for their freedom. The loss of human life during this period and immediately afterwards during the partition of this country has left scars that are still raw to the touch. It’s an emotional day for anyone who has felt the lash of colonialism in their lives. Last night in this city of Djinns I was unable to sleep, instead I sat and brooded at the monsoon bruised night sky, the dim light of a waning moon shining through. At the stroke of midnight I bowed in honour to the ghosts of the Freedom Fighters not just here in India but everywhere in the world where people have risen as one against their oppression.

Its a common misconception in the West that Freedom in India was won almost solely by the efforts of Mahatma Ghandi and while I honor his efforts, I am aware of the larger list of unknown soldiers of freedom here. More recently I visited the Ghandi Museum in Delhi, something I haven’t done for many years. I tailed into the place on the heels of a Government tour and eavesdropped on the guide who seemed more interested in keeping people to their sightseeing schedule than any somber reflection on the sacrifices people had made to ensure India’s freedom. Inside the museum I was in for a surprise. The whole place has been updated in wonderful techno style. As you walk up the stairs of what was Gandhi ji’s last residence, I noticed people putting their faces into a strange piece of sculpture. It looked like a ceramic water fountain but as I approached I could see that instead of a spout for drinking there was a microphone. If you spoke into the thing, one of Gandhi ji’s favourite songs would begin to play. Moving further into the display area, there were a band of young guides hovering about ready and willing to walk guests through the high tech displays of the museum. The young man who accompanied me was not insulted by my delighted laughter at the recolonisation of the colonial building interior. The walls had been mud plastered in the style of a traditional Gujarati village house, displays blinged and sang and shone lights all over the place. I felt for a minute like a kid in a toy box, I could touch and play and push buttons at every area of the display. I wondered what on earth this display had cost and I wondered what Gandhi ji would have made of it all. I felt I should apologies for my mirth to the young guide, it wasn’t because I was unaware of the pain of the cost of India’s freedom but just that I was surprised to see a life of austerity celebrated in this way. 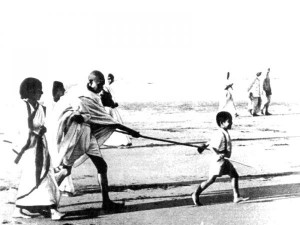 To give something back, I told him a story about the first act of peaceful resistance of British Colonisation that may or may not have influenced Gandhi ji many years later. Te Whiti o Rongomai was a prophet of peace and non violent resistance to the British invasion of New Zealand during the war for land that raged in my country during the late 1800’s. While many Maori took up arms to fight and die during the Land Wars, Te Whiti taught the creed of non violence and passive resistance. When the British confiscated the land of his ancestors he organised his people to plough the land in peaceful resistance. Te Whiti commanded that the ploughers should resist arrest and violence passively, saying “Go, put your hands to the plough. Look not back. If any come with guns, be not afraid. If they smite you, smite not in return. If they rend you, be not discouraged. Another will take up the good work.” 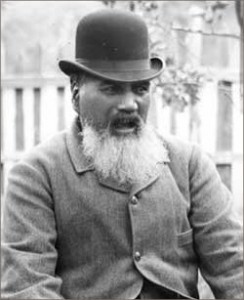 The guide was surprised to hear that this idea of non violence and loving your enemy had taken root in this distant land, but a little bit of research shows me that the Gandhi Foundation had honored this man. Peaceful paths to freedom is something to celebrate and honour all over the world and the story of one country’s liberation brings hope to all.