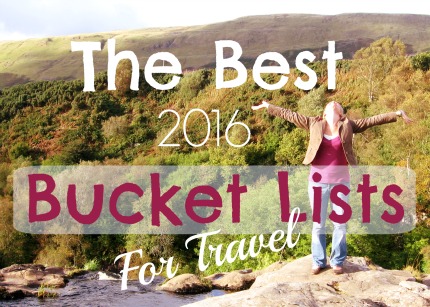 Bucket Lists may motivate us toward big dreams, but they can also distract us from smaller treasures. As I wrote on my personal blog, sometimes the best accomplishments don’t require a passport, a pool of money or some dramatic declaration

So I rounded up 2016 Bucket Lists that will take you to all sorts of new places, though not necessarily very distant ones. The sort you can bring on ‘stay-cations’; the sort that encourage you to be a bold explorer in your own neighborhood. From bikram yoga to voting, swapping houses for a holiday and celebrating the 100th anniversary of the National Park Service, these entries are guaranteed to add adventure to your year in surprisingly simple ways.