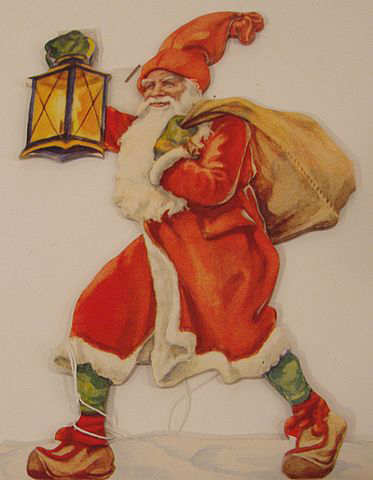 A fascination with vintage Christmas cards and an influx of holiday cards to my email and mailbox made me wonder how the Christmas card tradition came to be. I found a surprisingly colorful history of marketing, technology, and art mixing and evolving together. 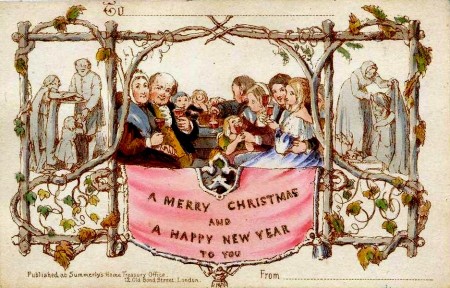 Illustrated by John Callcott Horsley in London, the card had three panels each depicting a different scene. The middle scene; a family drinking wine together, children included, was a mild controversy. Almost half of all greeting cards sent are still Christmas Cards.

Starting off more fanciful with birds and fairies to bring thoughts of spring to loved ones, Christmas cards soon evolved into snowy scenes, Santa Clause, and happy children. In the late 1800s, Germany added a darker dynamic with Krampus cards, Krampuskarten. 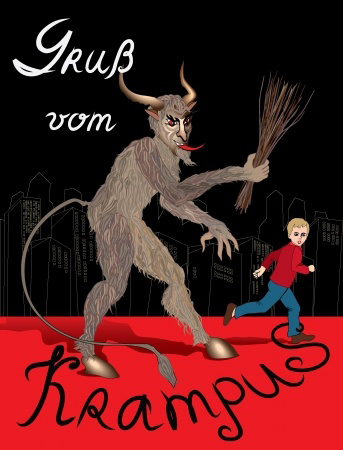 Krampus being the Austrian counterpart to Santa Clause; a seductive devil-looking creature with hooves, a long snake-like tongue, and horns bringing coal and beatings to ill-behaved children. Krampuskarten have been widely shared since the beginning and the tradition continues to grow today.

The hugely popular Hallmark brand was born out of Christmas cards and helped spread the tradition in American and continues to be a huge company today. Brothers Joyce and Rollie Hall started the brand as an attempt to market their self-made Christmas cards.

In the late 1940s Joyce helmed an idea to bring grand art by contemporary artists to the average American, commissioning several famous artists of the time to create Christmas cards. Most famously and still widely purchased today are the Norman Rockwell cards. 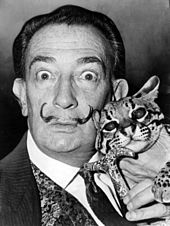 It was Salvador Dali who made things interesting, as he was known to do. The eccentric Dali demanded $15,000 in cash in advance for the 10 greeting card designs, with no suggestions from Hallmark for the subject or medium, no deadline and no royalties.

Hallmark was not pleased with the beautiful yet unsettling images, only finding two of the ten fit for production. Even still, the two produced caused controversy and public outcry which eventually led Hallmark to pull them. 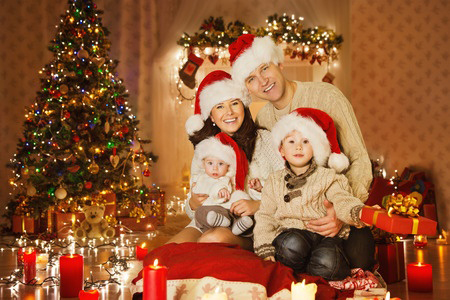 The 20th century brought new technology to photography making it widely accessible to the average person and a new art medium for Christmas cards. Photography for Christmas cards over the years have ranged from winter scenery, to family portraits by the tree, to cats in Santa hats. The magic of digital photography created an avenue for the now popular DIY photo cards and artistic manipulation to enhance images. Christmas cards have changed but the tradition of sending them is still practiced the world over.