Home / Nature Photography / Wildfires Cause Purple Haze Over the Northern US
« Astrophotography, Coyotes and Ticks |
Main
| Look Up! A Different Photography Perspective »

Wildfires are a very unfortunate yearly occurrence in North America and this year is no exception. Many wildfires are burning in the Alberta and Saskatchewan Provinces in Canada and in Alaska.  Alaska has had over 700 wildfires just this year. Many areas have declared a state of emergency and air quality is a big concern in Canada and the US. To see where the smoke is heaviest and it’s projected paths, go to the US Air Quality Weblog. You can see it in real time with live satellite feeds and forecasts. 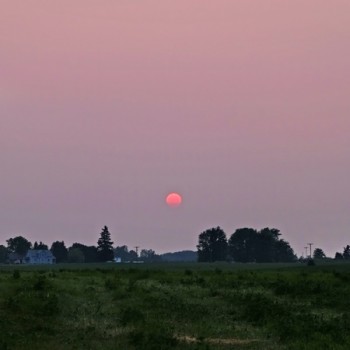 The smoke coming in from these northern areas have made for some interesting Sunsets and Moon rises. The image above was taken in Western Michigan during the sunset on July 5th, 2015. The sun was a beautiful Bright Orange Red in a purple haze. (taken with a 5 second exposure and a 10 stop ND filter on a Fuji XT1) It disappeared from view long before it met the horizon. 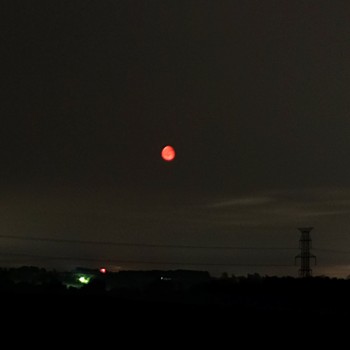 The moon was also a vivid red the night before. Pardon my moon detail here, I did not have a long lens with me that night. I could not capture the complete beauty of this event, but you get the idea of the color.  I had been out playing with light painting and just happened to look over and see the moon rise in a blood red. 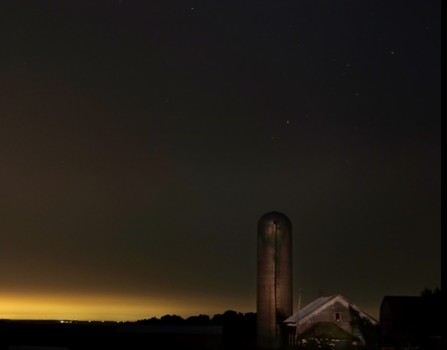 The haze really captured the glow of Grand Rapids 35 miles to the south of this location. All this haze was a fair trade, since the smoke concealed most of the stars that I was after that night. The Milky Way would have been directly above this silo had it been a clear night. I had scouted this location earlier in the week that had a great southern view of the sky. So I’ll try again as soon as the smoke clears! 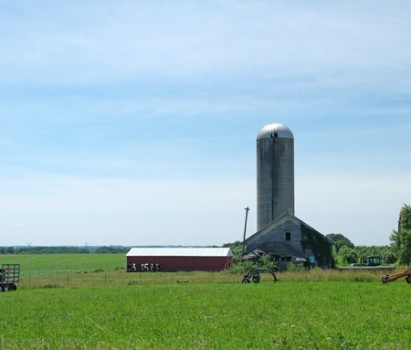