While the country is sunny and smiley, it’s also a cultural minefield for unintentionally committing a social sin.  Some are obvious while others are more confusing.  It can also be tricky to tell when you’re doing something wrong because, out of politeness, people may not say anything.  Take it from someone who has done them all (okay, not #9) and don’t make these common mistakes.

10 Things NOT to Do in Thailand

1. Use your feet – Pointing your toes or the bottom of your feet at people, places and things is considered extremely impolite.  Having your feet facing toward, temples, Buddha images or monks is especially rude and unacceptable.  You’ll also be chastised for using your feet to help shut a door, stepping over or kicking something. 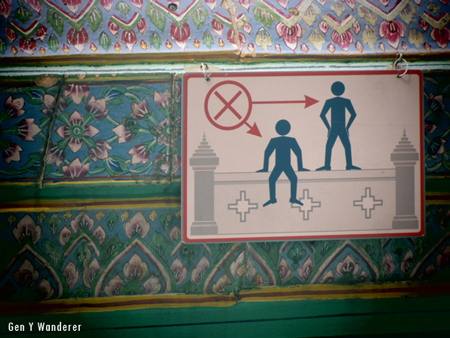 2. Touch their head – Unless you’re in a very close relationship with someone or are with a child, you shouldn’t be touching or putting things over people’s heads.  The head is considered the cleanest and most holy part of the body, so touching someone’s head is seen as disrespectful and will make others uncomfortable.

3. Whistle at night – It’s a Thai superstition that whistling at night is bad luck – you’re calling spirits!  It may no longer be a big deal to some, but you’ll notice many people becoming uneasy if a whistle is heard after dark. 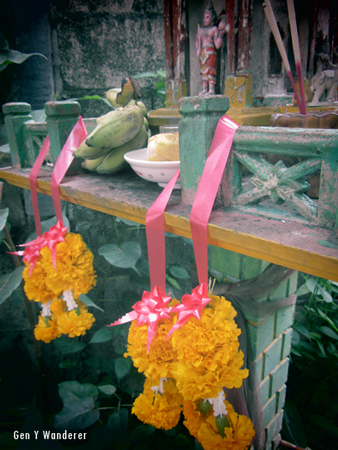 4. Get dirty – Appearance and cleanliness are key.  You may get sweaty, but that doesn’t mean you can look like a hot mess.  Even in the middle of the hot season you’ll see Thais meticulously put together and even physical laborers will have clean clothes.  There may be a relaxed vibe here, but not when it comes to your appearance and how you take care of yourself.

5. Raise your voice – As a whole, Thais are usually mild-mannered and soft-spoken…but you can hear foreigners a mile away!  Keep your voice down in stores and restaurants, and stay calm if you find yourself in an argument.  Raising your voice or yelling won’t help the situation and causes everyone involved to become embarrassed or lose face. 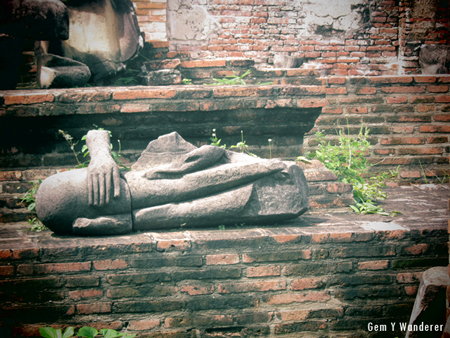 6. Make out – When in Rome you may make out on the street, but when in Thailand you shouldn’t touch tongues.  You’ll notice that Thais often don’t even hold hands or hug in public, so any kissing or extra closeness is out of the question.  It’s okay to sneak a little peck in here or there, but keep it rated G.

7. Take your clothes off – Yes, Thailand is tropical…but unless you’re on a beach, in a certain type of bar, or in your hotel room keep it covered up.  It’s hot and sticky but, guys, that’s no excuse to go around with your shirt off – you don’t see the Thais doing it!  Girls, cover shoulders, cleavage and knees while entering temples.  It’s easy to keep a wrap on you for such places and means a world of respect.

8. Wear your shoes – Know why sandals are so popular here?  Well, it’s hot, and you’re always taking them off.  Entering homes, temples, shops – even some restaurants and bathrooms – you’ll be asked to take off your shoes and walk around barefoot or with slippers.  Be aware before entering a place if you need to remove your shoes or it’s okay to leave them on – the pile outside the door is your biggest clue. 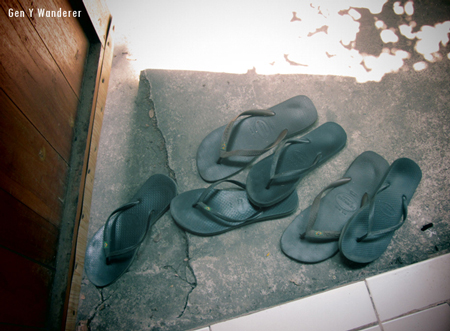 9. Hug a monk – Monks are forbidden to touch women and often won’t even hand them something directly, instead placing the item down for the woman to pick up.  While men are allowed to be in contact with monks you’ll still usually see them keep a respectful distance.  No one should stand over, or be positioned higher than, a monk.

10. Think too much – There are several reasons and situations where you will be told, ‘Don’t think too much!”.  From different ways of doing things, to sometimes seemingly lax safety standards and not wanting to plan too far in advance, often the Thai take will take the mai bpen rai (don’t worry about it) and sabai sabai (easy and comfortable) approach.  Because of a more Buddhist mindset and simply just wanting to keep things light and cheerful , you’ll be advised not to worry about things, not to get too serious and not to over think things.