Home / Expat Living / Gen Y Wanderers: An Interview with Nikki of South East Asia Backpacker Magazine
« How to Not Kill Yourself Riding a Motorbike in Thailand |
Main
| Traveling is a brutality… »

While most people travel through South East Asia, Nikki Scott. 28, has set down roots as the publisher and editor of the region’s popular magazine for backpackers.  Think starting a travel blog is the thing to do?  This girl created South East Asia Backpacker Magazine after falling in love with the backpacking lifestyle.  What started out as an idea printed off from a Thai photocopier has now become a 72-page printed glossy with more than 100 sponsors and 1,000 writers, as well as an online resource and forum supporting backpackers all over SE Asia with tips, stories, connections – even learning and job opportunities!

So how in your mid-20s do you move to Asia, start a successful magazine and continue traveling the world?  That’s what I wanted to know… 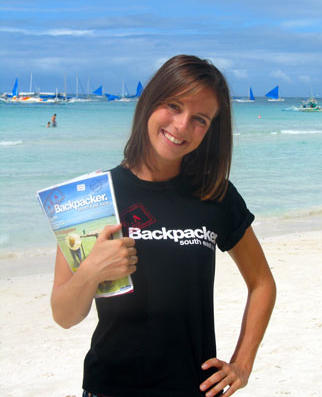 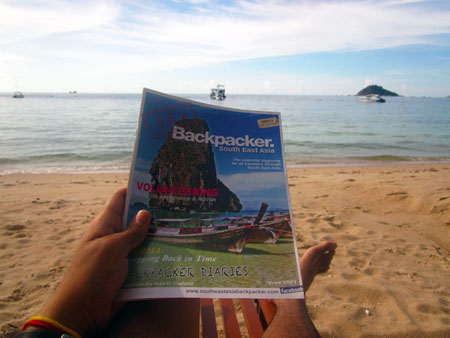 It began as sketches and ideas for articles and soon progressed into designing a logo, creating a content plan asking other backpackers to chip in with articles. Before I knew it I had a rough mock-up of what the first issue would look like. I printed 5 copies at a local Thai print shop and took these around to guesthouses, hostels, dive schools and adventure companies to present my idea and ask for sponsorship. We managed to get 18 businesses to sign up and advertise in the very first issue, which just about covered the printing costs. Slowly as we brought the new magazine steadily every two months, more advertisers came on board, more travellers sent in their stories and the magazine grew… I’m more passionate than ever about travel and living in South East Asia! 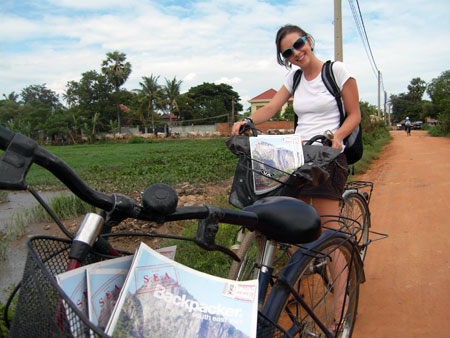 On a business trip in Cambodia

To see more of the magazine go to www.southeastasiabackpacker.com or check it out on Facebook.  Also visit the SEA Backpacker forum to meet travel buddies, post questions and find even more travel advice about backpacking around South East Asia.

*Know someone who’d be a good fit for the Gen Y Wanderers interview series?  Tweet me at https://twitter.com/alana_morgan