My trip to Malaysia did not go as planned.  What was supposed to be a week traveling around and relaxing on the beach with a certain someone, instead included a couple plane ticket cancellations and changes, work conflicts, and me only spending a few days in Penang by myself while sorting out visas.  Not quite what I had imagined.

Essentially I spent my days walking around, reading, taking pictures, sleeping and eating (which I’ll post more about later) – so, really, I can’t complain…but still….  Walking is my absolute favorite thing to do in a new place and Penang is well set up for just that. 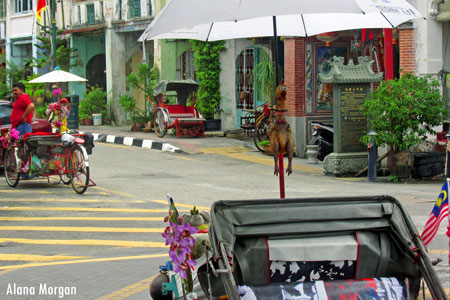 I don’t even know what to say about this

The island is charming, in a worn down kind of way.  I’ve always preferred old – ‘character’ – rather than new, so was content to just wander around looking at the crumbling architecture, tired shrines, and plenty of haphazard food carts and street stalls. 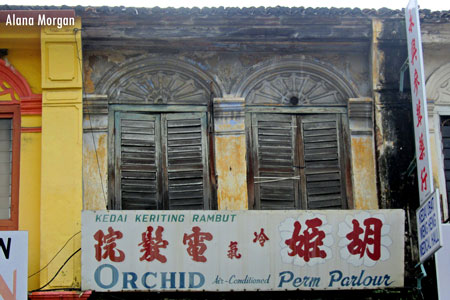 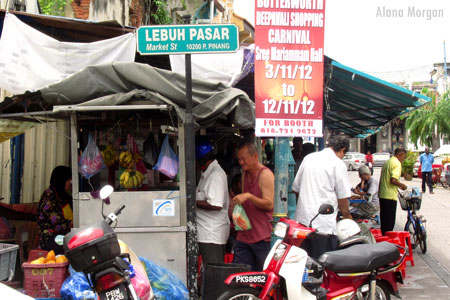 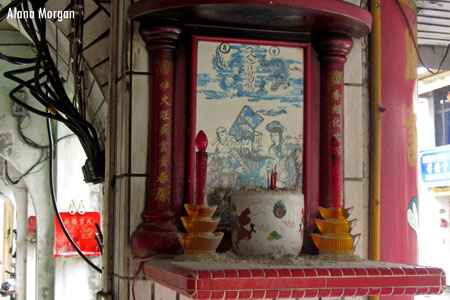 I stayed in the Chinese part of town, and just a couple minutes walk to Little India…which did its job and actually gave me flashbacks of being in India.  Yes, flashbacks. 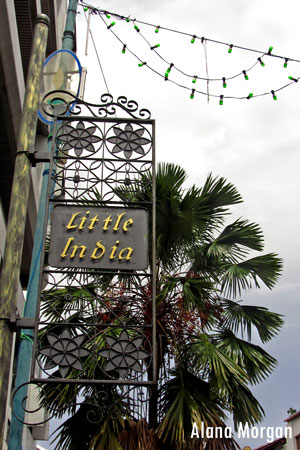 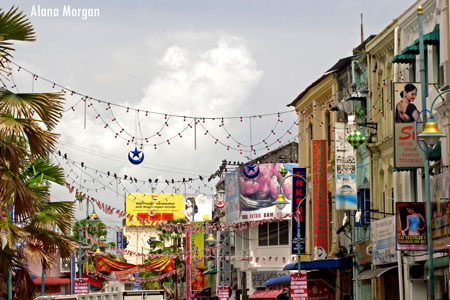 I also spent much of my time walking looking out for street art.  Literally, this is how I planned my days: find special food to eat, find street art, find place to sit and read, repeat. 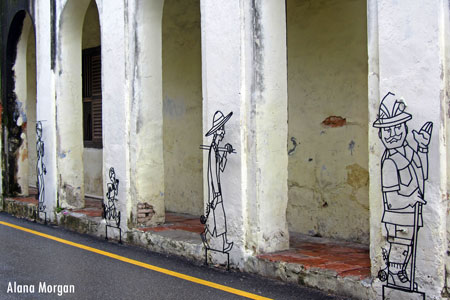 All in all, the trip was a little….blah.  I’m sure under different circumstances I would have enjoyed the trip and place more, but while Penang does have its charms, it doesn’t really warrant more than a two-night stay.  Though it does have surprising food and street art  for days…