Once you’ve ridden a boat, hired a driver and seen some wats…

Go to the Golden Triangle. 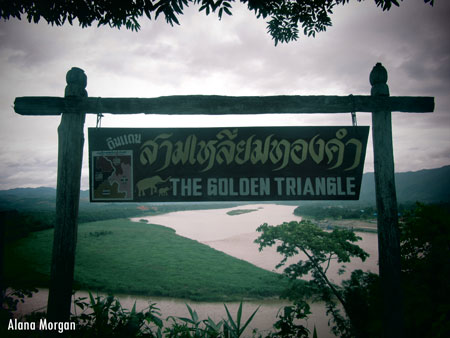 The area was (is?) the world’s largest opium producer and the center of the opium trade.  With a name like “The Golden Triangle” you expect some point, or monument, or….GOLD or something.  I expected to be unimpressed, thinking that we would go to just some arbitrary point, be told, “Here is The Golden Triangle”, look around and go, “Eh.”  But…it surprisingly is kind of cool.  And while there’s no gold, there is an actual triangle. 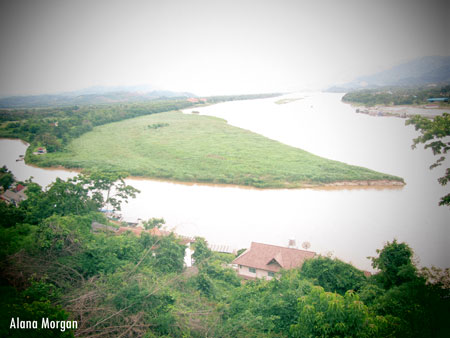 It’s also where Thailand, Myanmar and Laos meet, with China just a little ways up the river to the north.  Especially coming from such a large country where it takes hours to get to the other side of the state, I’ve always thought it was cool when you can see more than one state from a single point, let alone several countries. 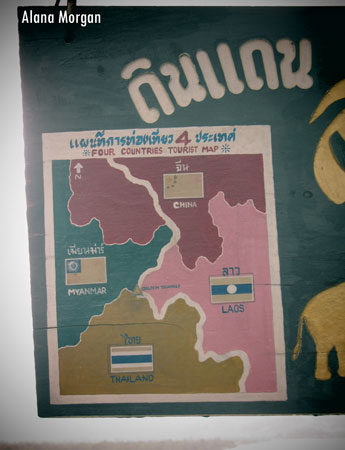 A border town and major crossing point with Myanmar, Mae Sai is just a little ways a way from The Golden Triangle (do you like how specific I am?) worth a quick stop to look at (yet another) temple and wander through the busy market. 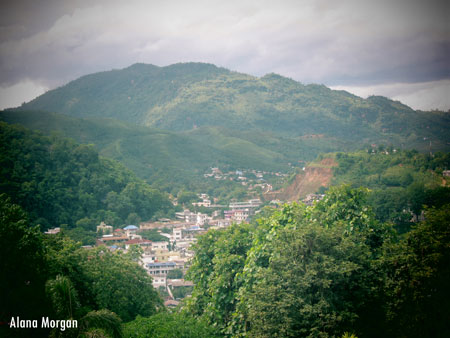 Looking into Burma/Myanmar from yet another temple 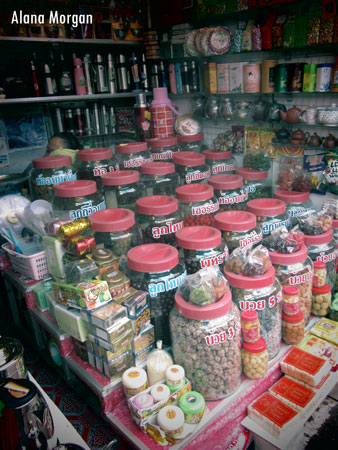 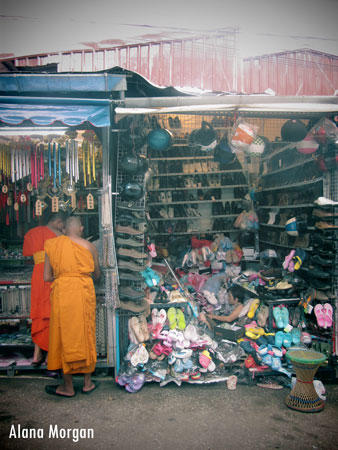 Stand in awe at Wat Rong Arun, or The White Temple.

Finally, you can’t head to Chiang Rai without visiting the impressive Wat Rong Arun, known better among foreigners as “The White Temple”.  This incredible piece of art deserves its own post…I mean, just look at it. 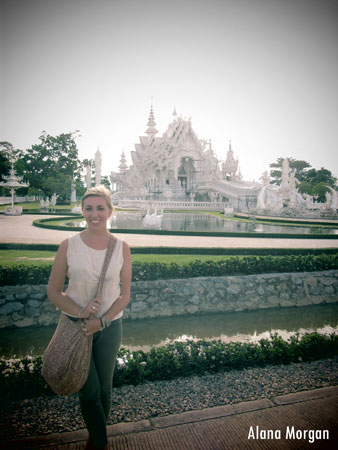 Thanks again to our camera-wielding driver.

What do you keep in mind while planning a day or weekend trip?  What makes it a good one?