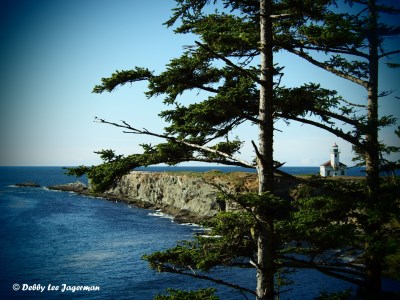 Lighthouses of the Oregon Coast are painted white. Against a background of green forest with lots of trees, this makes them most visible from the Pacific Ocean for the ships to see. Alternatively many lighthouses along the Atlantic Coast are painted stripes, like candy canes, because the background for these is usually the blue sky. 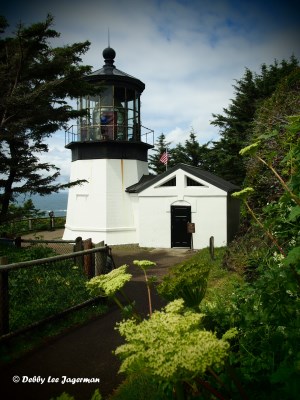 This is one of the facts I learned on a recent trip up and down the Oregon Coast, where my fiancé and I had the chance to visit (or see, as not all are open to the public) 10 lighthouses, plus 2 additional lighthouses in the state of Washington, near the border with Oregon. It was a fantastic 2-week trip, not only visiting these lighthouses, of which I have an unexplained fascination with, but also strolling on extremely scenic beaches, hiking, walking around in small towns, and eating a lot. 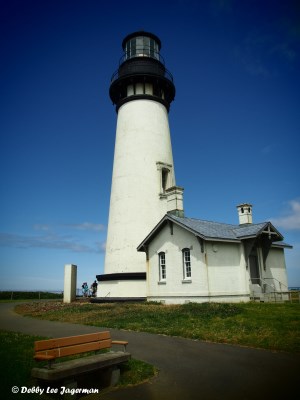 Cape Arago Lighthouse, the first picture above, is not open to the public, and is mostly seen via a viewpoint to the south of it. However, there is a little-used heavily-forested trail which my fiancé and I adventurously undertook. We got close enough for the above photo before coming across a no trespassing sign for U.S. Federal Property. 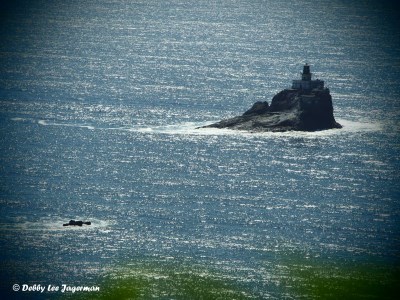 Tillamook Rock Lighthouse is also not open to the public as it stands on a basalt rock islet 1.2 miles off the coast in the Pacific Ocean. It can be seen from a few viewpoints on a trail in Ecola State Park, as well as from a few other spots. 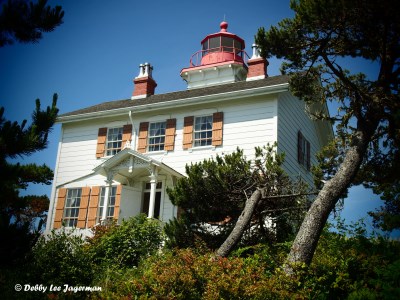 Yaquina Bay Lighthouse is part of this home, which offers self-guided tours. All the lighthouses of the Oregon Coast, and Washington, have great history, including stories of the people who used to work, and live, at the lighthouses and adjacent homes. Over a hundred years ago, these lightkeepers were responsible for making sure that the lights constantly remained visible to keep those at sea safe. The lightkeepers, and their assistants, worked in shifts around the clock, and had to dress in an official uniform as they performed their tasks. They worked hard to keep the lamps lit, and the lenses clean and rotating. Nowadays, I believe that most lighthouses are automated with electricity, and the need for lightkeepers is no longer. 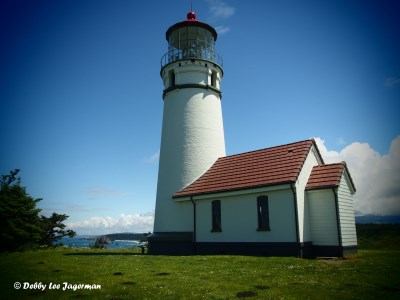 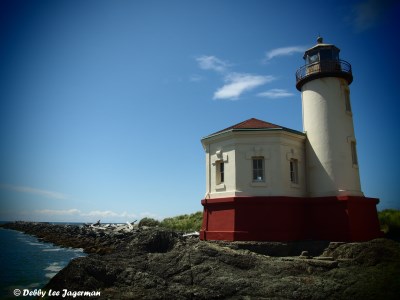 When touring some of the lighthouses, you are able to climb the hundred year-old spiral staircases leading to the Fresnel lenses that create the unique signature pattern of lights that signify to the passing ships where they are located. However, the in Coquille River Lighthouse, the Fresnel lens has been removed, and there is a newer lighthouse nearby which is used instead by the ships to navigate. 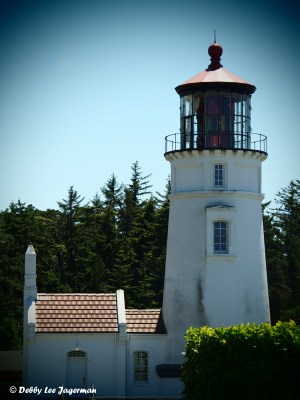 Umpqua River Lighthouse is located on the grounds of the U.S. Coast Guard. This is the only lighthouse where you can actually stand inside the Fresnel lens and watch its movement from this unique angle. When seeing the Fresnel lenses in other lighthouses, you are standing on the outside of the lens. 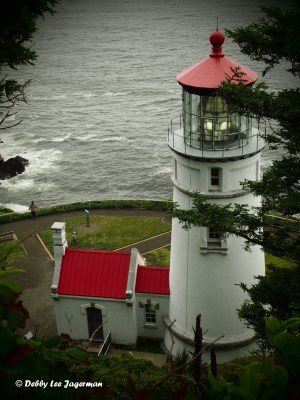 This view of the Heceta Head Lighthouse was taken from an overlook above. This overlook connects to part of the Oregon Coast Trail that in two miles, with some ascending and descending, joins with the interesting “Hobbit Trail” leading to Hobbit Beach. Combining the lighthouse, the hike, and the beach made for a great day. 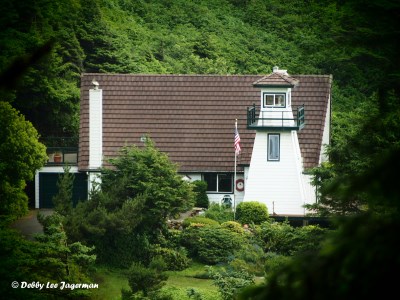 In order to get a good view of the privately-owned Cleft of the Rock Lighthouse, you need to hike a very short way up a very small part of the Oregon Coast Trail near the town of Yachats. Combine this with one of many possible hikes in the Cape Perpetua Scenic Area, and you’ve got another great day. 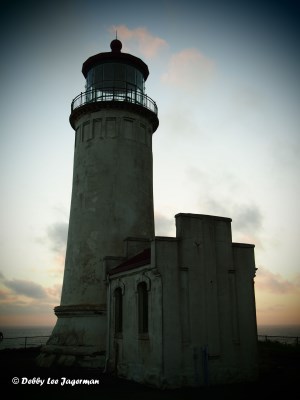 One of the two lighthouses we saw in the state of Washington was North Head Lighthouse. This was on the first day of our trip, and arriving in the early evening, we took a picnic dinner and ate at the lighthouse as the sun set over the ocean. 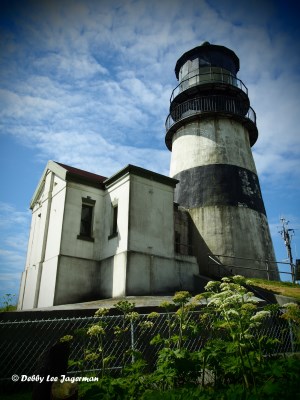 We enjoyed a picnic breakfast the next morning after the North Head Lighthouse at the Cape Disappointment Lighthouse, as the two are located in the same park. I guarantee that visiting 12 lighthouses of the Oregon Coast and Washington will not disappoint!

Did you know though that the most recognized lighthouse in the world, while it is no longer used as a lighthouse, is the Statue of Liberty? Did you also know that the state that has the most lighthouses of any state in the United States is not even one located either on the Pacific coast or the Atlantic coast? The state of Michigan, surrounded by the Great Lakes, has more than 115! Looks like a future trip of mine will be to Michigan. Although two weeks would not nearly be enough time to visit all of those lighthouses.

Interested in more lighthouses? There are five lighthouses in the San Juan Islands in Washington State: