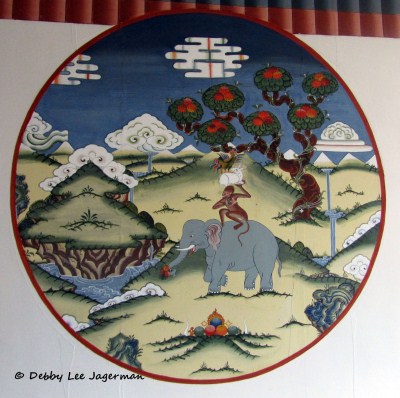 There is a very important fable in Bhutan. The story has four characters – an elephant, a monkey, a hare, and a bird. Four animals. Seemingly very different from one another. But through the spirit of cooperation, they become four friends. 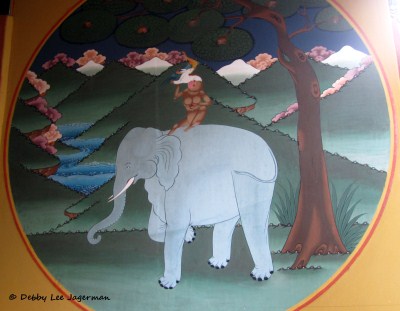 The first time I heard about the fable was before I traveled to Bhutan. I was reading books about the country, and from “Treasures of The Thunder Dragon: A Portrait of Bhutan” written by Ashi Dorji Wangmo Wangchuck, a former Queen of Bhutan, she told the story. Immediately, I loved it and its symbolism:

An elephant, a monkey, a hare, and a bird, perched acrobat-fashion one on top of the other, standing under a tall tree laden with fruit. The fable relates how the elephant, though strong and mighty, needs the agile monkey to help him reach the fruit on the tree. But, it continues, there would be no tree if the bird hadn’t eaten a seed to begin with and then deposited it on the soil in its droppings; and the seed would not have grown into a tree had the hare not protected and nurtured its roots underground. The elephant, the monkey, the hare, and the bird also symbolize, respectively, the four terrestrial habitats – the ground, the air, the underground, and the sky. The fable underlines the virtue of cooperation, and the connections and interdependence between all creatures great and small, and all the elements, in nature’s cycle. 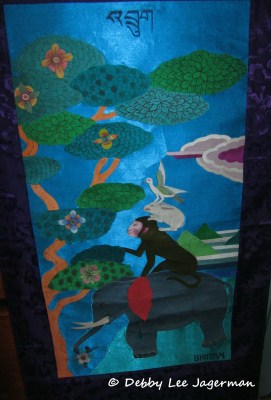 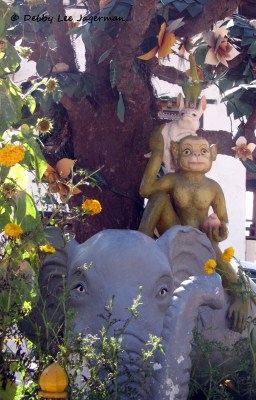 In doing other research on this fable, both during my travels, and upon my return, I discovered other deeper meanings of the four animals. “The elephant represents our body, the monkey represents the restless mind, the rabbit represents emotions, and the bird is the soul.” And one of my Bhutanese guides also told me that the animals represent four qualities that are essential in life: elephant – strength; monkey – wisdom; hare – speed; bird – vision. I imagine he meant this not only on a physical level, but on a spiritual level as well. 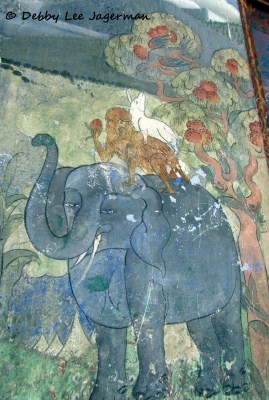 “In Bhutan, the story gives a national identity for people to live in harmony with nature, for people to cooperate with each other even with cultural differences, and for families to work together. A conservation ethic has arisen based on [the fable] that influences Bhutan’s national policies.” 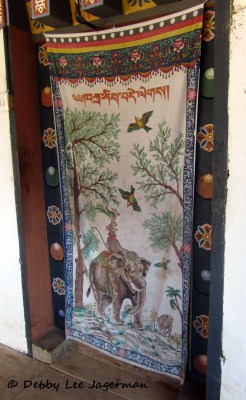 I did a trek in Bhutan, to the remote Himalayan village of Laya at over 12,500 feet in the northwestern part of the country. Two and a half long days of trekking in each direction, as there are no roads leading to the village. Along with me were three other women, only one of whom I knew before we met in Bhutan. Throughout our trek, through our support of each other, and through our spirit of cooperation, we became four friends. 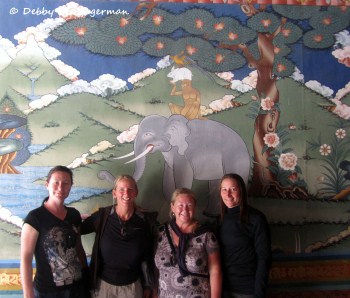 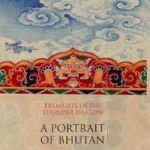 Other quotes from: a rushabhgandhi blog

Click here for other blogs on Bhutan, including blogs about Laya.