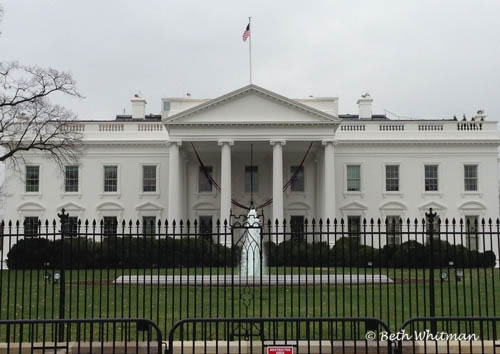 A couple of weeks ago I made a little visit to the White House. Yeah, the White House. I didn’t meet or even see the President or First Lady but I may have seen the motorcade that carried Prince William. 🙂

The invitation came from Fran Holuba, Global Engagement Directorate for the National Security Council. The White House was interested in bringing together 100 of the most influential travel bloggers (sorry, there’s no other way to say that and sound less braggy) and digital media outlets to discuss the benefits of study abroad programs and cross-cultural exchanges including volunteer opportunities. It was an honor to be invited and to be among an esteemed group of colleagues. This gathering came to be called the White House Travel Blogger Summit.

In addition to going to a number of networking events, we attended a three-hour presentation that included talks by some White House heavy-hitters. Speakers included: Chief of Staff Denis McDonough (pictured right); Secretary of Commerce Penny Pritzker; the First Lady’s Chief of Staff Tina Tchen; Assistant Secretary for Education and Cultural Affairs Evan Ryan; and Assistant to the 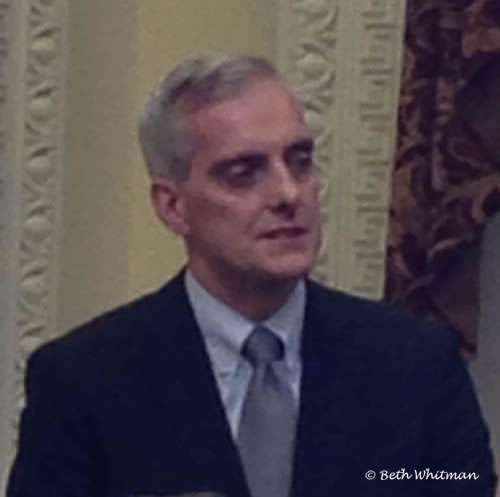 President and Deputy National Security Advisor for Strategic Communications and Speechwriting (I’d like to see that title on his business card!) Benjamin Rhodes. There were also a few panels that included real people (ha ha) such as the Travel Channel’s Samantha Brown, Yahoo Travel’s Paula Froelich and National Geographic’s Digital Nomad, Robert Reid.

Many of the speakers talked about their own time having studied abroad in such destinations as Paris, London and Argentina. They knew first hand how such experiences can be formative, especially in a young person’s life. They talked about the White House’s desire to expand cultural and educational exchanges for young people so that these students can engage with people abroad. They recognize this is not only a good experience for students but also a good way to reach out to people abroad so they can get to know Americans a bit.

There was a lot of information packed into those few hours but here are some interesting things I learned:

One of the coolest bits of news announced was that the White House is opening a new office–the U.S. Study Abroad Office. And on February 25, the Department of State will be co-hosting the Virtual Study Abroad Fair. Kudos for a great use of technology in order to reach a lot of students across the country.

What was emphasized by many of the speakers was that studying abroad is for everyone not just the majority of whites that currently take advantage of it. The administration is eager to reach more diverse groups of students and also encourage them to look for opportunities in more countries.

I’ve been thinking about this summit for the past two weeks. At first I was a little tweaked because I got the sense most of the speakers came from privileged backgrounds where studying abroad was relatively accessible. I admit this observation is based more on my own prejudices and assumptions and less on facts. But when you see these high-powered individuals evangelizing the benefits of studying abroad because they spent a year in Paris…well…it’s hard not to make some snap judgements.

Anyway, they were preaching to the choir about the benefits of travel for young people. And then tasked us to preach to our choir through our blogs and social networks. 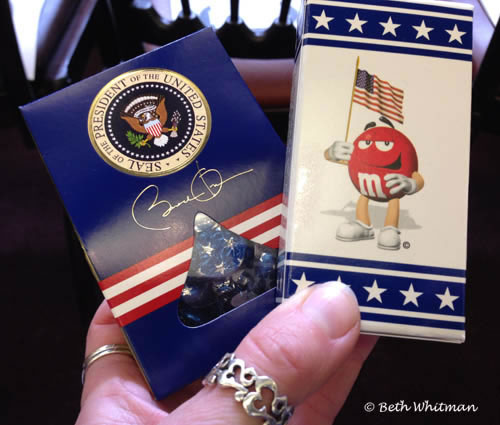 So my initial gut response (which might have been fueled–or distracted–by the White House Kisses and M&M’s left on our chairs) was that they were talking to the wrong people. That they really needed to reach students who are more like I was at that age (as I wrote about in this Expedia post).

In a nutshell, I was a young person who was pretty clueless about the value of a study abroad program, where to find one and how to finance it. That, I felt, was who the White House needed to reach. Not me. Not my readers (you all know the value, right?). Not people in my social media network. Rather, the clueless. Like my 17-year-old-self.

But I went back and watched the video of the Summit, which you can find here (and don’t worry, it’s only a bit over three hours not four):

In doing so, I picked up on more details of their initiative(s) and have since come to realize they’re likely coming from a more genuine place than my initial skepticism could see past. Internally, I criticized them for going for the low hanging fruit and reaching out to people like me who (at least at this point in my life) didn’t need reaching. But, you know? That might not be such a bad thing.

So now I’ve told you what I’ve learned. And even if you don’t care, maybe you’ll tell someone. A high school teacher. And that teacher will tell her principal. And maybe that principal will have students dial in to that Virtual Study Abroad Fair. And one student will be influenced and, at the very least, have more information than I did when I went to college.

With enough of us talking, eventually the message will filter down to a more diverse group of young people. Diverse in ethnicity as well as economics. And I guess that in itself was worth me going to Washington.